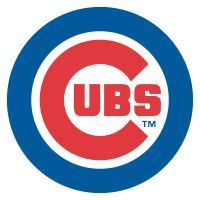 Most people and events that gain a permanent spot among those we remember and honor are recalled because of the incredible accomplishments achieved, challenges overcome or substantial benefits made available to our country and world. Examples include Jesse Owens at the 1936 Olympics, Jonas Salk and the development of the polio vaccine, and the United States landing a man on the moon.

Unfortunately, many people and events are remembered because of the complete and utter failure involved in people’s actions or their poorly executed ideas. These “epic fails” have achieved an almost folklore-like status in our history. “Honorees” on this list include the Ford Edsel automobile, Harold Stassen’s nine failed presidential campaigns, “New” Coke and Kevin Costner’s dialect coach in Robin Hood: Prince of Thieves.

One prominent entry on this second list has to be the Chicago Cubs baseball team, known for not winning on such a grand scale that they have become the lovable mascot to people who perennially support the underdog. They won back-to-back World Series championships in 1907 and 1908, but have since only appeared in one World Series in 1945, a year in which the world had more important things on its mind. That means for their 100+ total seasons (since 1903, if you start counting when they officially became the “Cubs”) they have been losers over 98 percent of the time (or—if you prefer a positive perspective—they have been winners almost 2 percent of the time in a league where, currently, each team technically has just over a 3 percent chance of winning).

For the last 58 years I have been a Cubs fan. Since my first trip to Wrigley Field at age 5 until today (less one recent year when I just couldn’t take it anymore), I have been a stalwart fan. There are many Cubs fans just like me. For us, the call “Wait ’til next year!” is more a warning than a cry of hope. We start anew each April with a new team and a new lineup, but by early July it becomes painfully evident (once again) that we’ll experience the “agony of defeat.” This is the way it has always happened.

It’s September, and the Cubs—yes, the CUBS—are on their way to the playoffs. Most likely they’ll gain entry to the postseason as a Wild Card team, but who cares about meaningless labels? It’s the playoffs! Something must have happened with new ownership, a new general manager and much new talent that has brought the team to the brink of success. In just a few short weeks we’ll know whether or not this magic alignment of the planets has been enough to carry them over that brink to victory. I’m staying positive and checking scores every day, getting ready for what could be my once-in-a-lifetime moment, where a World Series win by the Chicago Cubs could change the arc of human history forever.

The first ballpark informally called “Wrigley Field,” was located on Catalina Island, just off the California coast. The island was owned by William Wrigley Jr., who used the location as a spring training facility. During the regular season the Cubs played their games at Weeghman Park in Chicago. Weeghman Park was renamed Wrigley Field in 1926.