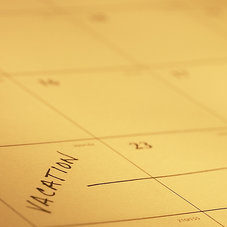 At some point, someone told me the schedule for summer vacation in schools was because the farmers had needed their kids home to help with planting and harvesting crops. It wasn’t until I was older that the northern Minnesota tradition of garden planting over Memorial Day weekend began to poke little seed–sized holes in that “fact.” We planted in the spring and harvested in the fall. A lot of things have changed since the 1800s, but I don’t think basic rules of farming have changed that much.

As Kenneth Gold, associate professor and interim dean of the School of Education at CUNY’s College of Staten Island, explains in his book School’s In: Summer Education and American Public Schools 1840–2000, the agrarian school calendar that was in use in rural America had short summer and winter terms, when the farmwork was comparatively light. In contrast, the schools in urban areas were open essentially all year. In 1842, schools in New York City were open 248 days per year, compared to today’s 180 days.

It will come as no surprise to anyone living in temperate or tropical zones that summers can be hot. Cities, thanks to the heat island effect, tend to be warmer than nearby rural areas, and there was no air conditioning to keep buildings cool in the 1800s. With tall buildings blocking breezes and insects and horses all around, summers in cities could be smelly and miserable. They were the perfect time for the upper and middle classes to leave, creating an early version of summer vacations.

According to Gold, the push for a standard school year came from the school reformers of the 19th century. To ensure equal schooling, reformers wanted all schools in the country to run on the same schedule, so either the agrarian calendar or the urban calendar would have to change. Year–round schooling was not an option, as doctors were concerned that taxing young minds was unhealthy and could lead to nervous disorders.

Taking summers off so students can help on the farm seems like a perfectly reasonable explanation for those three free months most students now experience, but once you take a second look, questions start to arise. A variety of conditions, including the combination of school reform and urbanization, led to summer break and summer vacations, but working on the farm just wasn’t one of them.

Did You Know?
Amariah Brigham, a nineteenth–century psychiatrist, recommended fewer hours of school because too much “cultivation of the mind” led to “insanity and nervous affections” among students.