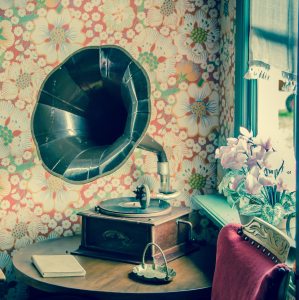 A couple of years ago, I wrote a blog post about the popularity of period dramas on TV. Now that several TV seasons have passed since then, there’s a different crop of period pieces to fall in love with. If you’re looking for a new show to binge, check out one of these series.

This popular British series chronicles the early reign of Queen Victoria and her marriage to Prince Albert. Those who may still be pining for the days of Downton Abbey may find a replacement in Victoria, as there’s a similar upstairs-downstairs dynamic to the show. Fans of Doctor Who may recognize Jenna Coleman as the strong-willed queen.

Did all the royal wedding coverage leave you wanting more of the House of Windsor? This period drama focuses on the family life and early rule of Queen Elizabeth II. Through its sharp writing and elaborate set designs and costumes, The Crown transports you back to post–World War II England. Just don’t get too attached to the cast like I did, as the third season will fast-forward several years and feature entirely new actors!

If series about the British monarchy aren’t quite your cup of tea, try The Marvelous Mrs. Maisel. Set in 1950s New York, this award-winning show is about a recently divorced woman who finds an unexpected talent in stand-up comedy. Fans of Gilmore Girls may recognize the quick-witted nature of the show, as Amy Sherman-Palladino created both series.

Fortunately, all three of these shows have been renewed for a third season, so there’s plenty of time to catch up!