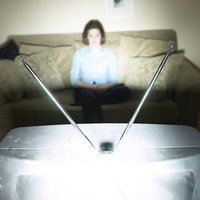 For the past few years, my Sunday nights have been dedicated to catching up with my favorite characters on television. Beginning in early January, there is a pretty good chance that I will be spending my Sunday nights watching the final season of Downton Abbey. Earlier this year, I had to say good–bye to Don Draper and the rest of the complicated characters on Mad Men. Period pieces and historical dramas are some of my favorite shows to watch, and, according to the influx of these shows on TV, I am not alone.

These shows seem to be popular with audiences largely due to their ability to transport viewers to another time. For instance, the success of Mad Men can be partly attributed to how it captured the essence of the ’60s. Through its characters, sets, costuming, music, etc., the series was able to show viewers what it was like to live at that time. Period pieces can also be appealing for nostalgic purposes—I’ve heard from several relatives that Mad Men reminded them of their childhood and allowed them to relive certain moments from their past.

For those of you who are already having Mad Men withdrawals, BBC America’s The Hour is a great alternative—it centers on a team of broadcast news reporters in Cold War–era London. While it only aired for two seasons, it is well worth checking out. Similarly, Downton fans may be interested in the new PBS Masterpiece series Indian Summers, which is set in India in 1932, 15 years prior to India’s independence from England.

In addition to being engaging, these series are often educational. AMC’s historical drama, Turn: Washington’s Spies is all about Abraham Woodhull and the Culper Ring, a spy group that aided George Washington during the American Revolution. Manhattan, which is on WGN America, is about the Manhattan Project and its scientists during WWII. Cinemax’s The Knick is a medical drama beginning at the cusp of the twentieth century, with a main character based on the real Dr. William Halsted. Of course all of these shows will have a varying degree of fictionalization for dramatic purposes, but there is also a lot of historical context to be gained from them.

With the increasing popularity of these shows, there are so many different periods of history that are being explored on TV—it’s a great time to be a history buff.

The accuracy of set props is key to a successful historical drama or period piece. On the set of Mad Men, there were many historical experts on call to make sure everything looked the way it should have. For instance, one expert made sure that even the ballpoint pens used in the advertising office were the right style and from the correct year.