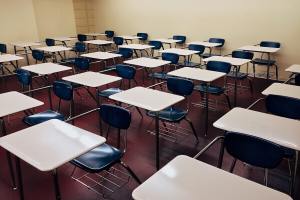 As long as money exists, people will continue to have problems with it. And as long as people continue to have problems with money, publishers of educational material will continue to try to help kids learn about being smart with it. As The Wall Street Journal mentioned back in 2008, publishers like Kidnexions and Educational Learning Games have tried to make financial responsibility fun by designing games around concepts like budgeting and monitoring savings. They have board games and bank account simulation games, where kids can confuse themselves for hours, trying to learn about interest percentages and savings allotments.

Now, I don’t doubt that the people at Kidnexions and Educational Learning Games know what they’re doing. I’m sure their games are well-designed and will teach kids at least the very basics about not spending more than you have, making budgets, and maybe even what a balance is. However, money is a concept that is nigh impossible to grasp until you start earning and spending it yourself. So I wonder if there is an untapped psychology about money that is better explored in other, more complicated media than merely in board games and the simplest of computer software.

I loved Super Mario Bros. when I was growing up. I especially loved hoarding extra lives. You start out with only a few lives, but there were ways to get more, and I would spend long stretches of time earning life after extra life until I hit 99, the maximum number of extra lives the game allowed you to have. After that, I would play as carefully as possible, so as not to lose a precious life. I couldn’t stand to let my balance go under 80 or 90, or sometimes, if I was feeling meticulous, 95.

Years later, when I was making money for the first time, I realized that I manage money with a similar mentality. I love watching the number in my bank account go up (who doesn’t?), and I try not to let it fall under a certain number until I get my next paycheck. Maintaining my bank account feels a lot like maintaining the number of lives I had stocked up in Mario in the sixth grade.

I know I’m not the only person who enjoys playing video games this way; “looting” is a style of video game playing where a player’s first priority is not to beat the game but to collect as much stuff in the game as possible. I wonder what would happen if game designers partnered with educators to connect the experience of earning and spending loot in video games more strongly with the basic principles of money management.

If they want to create a truly engaging, effective product, maybe educational publishers should think beyond board games and 2-D software. Kids are going to play video games anyway; why not make gaming a little more practical? Maybe, amidst all the fantasy monsters and high-tech weaponry of video games, there’s a financial lesson or two to be learned.