“New York City, One Story at a Time” Goes Worldwide

“New York City, One Story at a Time” Goes Worldwide 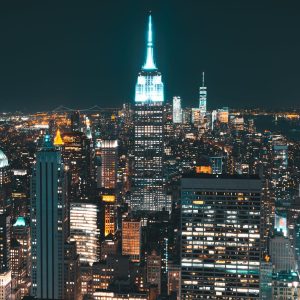 In 2010, Brandon Stanton decided to create a map of New York neighborhoods by photographing 10,000 people and plotting their locations. This project became Humans of New York (HONY). Stanton began to collect quotes and stories from the people he photographed and included them with the pictures. It took HONY eight months to get its first 1,000 likes on Facebook, but by 2012 it was getting about 1,000 likes a day. HONY now has nearly 20 million followers across various social media sites and has inspired three books, the first of which was a New York Times best seller.

Since his initial project, imitations have sprung up throughout the world, and Stanton doesn’t seem to mind. He doesn’t charge anyone who would like to try, and he even offers recommendations for those interested in trying their own version of the project. Stanton addresses some fears a photographer might have, including what happens if someone refuses to have their picture taken (accept that some people will say no), how to deal with nerves (act calm so the subject will not also be nervous), what to do when the unexpected occurs (let it happen) and how to talk to the subjects (be natural—it’s not 60 Minutes).

Whether they’ve seen Stanton’s helpful hints or not, college campuses all over the world have their own versions of HONY. Humans of George Mason University was started by a freshman trying to adjust to college life. Similarly, Humans of New York University created a sense of community on its campus and is now a way for the creator to stay connected to the university.

These “Humans of” on college campuses are extremely popular. The Facebook pages of Humans of University of Florida and Humans of William and Mary both received 1,000 likes on their first day. Humans of the University of Toronto is a Canadian university’s version of the same project.

College campuses aren’t the only ones to make their own “Humans of” spin–offs. With varying levels of activity and numbers of followers, San Francisco, Seattle, Minneapolis, Rome and Copenhagen are among the numerous cities that have their own versions.

In the five years since it started, Humans of New York has grown to more than 5,000 pictures, has gained an impressive social media following and has spawned copies in cities and college campuses all over the world. With one project, Stanton launched a global phenomenon.