NASA’s New Horizons Mission Sparks Interest in Pluto and Beyond

NASA’s New Horizons Mission Sparks Interest in Pluto and Beyond 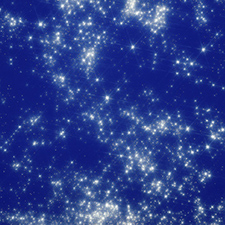 On July 14, 2015, after nine years and more than 30 billion miles, NASA’s New Horizons spacecraft flew within 7,800 miles of Pluto. As New Horizons passed by the icy world on its one–way journey into the cosmos, it recorded and beamed volumes of priceless data and images that NASA will be busy analyzing for years to come. The flyby was the biggest event in twenty–first–century space exploration and it was closely followed by the public—NASA reported almost 10 million page views and 1.7 million social media posts using #Pluto and #PlutoFlyby. But why are so many people fussing over this faraway, cold, uninhabitable rock?

Well, according to California Institute of Technology professor Mike Brown, Pluto‘s icy nature—relatively unchanged throughout its 4.5–billion-year history—is part of what makes it important. “The planets are all so big and are so close to the sun, and their materials have been heated up and smashed and mixed around, and so you if look at the Earth and [sic] you get very little insight into how the Earth got here 4.5 billion years ago,” Brown said in an interview with CNBC. “But if you go into the outer part of the solar system, all of these objects have been essentially in deep freeze for 4.5 billion years, and you are getting a much closer direct look at what these things are like.”

Notice that Brown said objects. The old, stereotypical, grade–school model of our solar system always stopped at Pluto—making it appear to be the end of the road. That’s far from the truth, though. Pluto isn’t a wall at the edge of our solar system; it’s really a window, showing the way toward future discoveries. “We didn’t really start seeing objects beyond Pluto until the ’90s,” Jim Green, director of NASA’s planetary sciences division, said in an interview with CNBC. “So there is a whole new generation of people growing up in America that are starting to learn about a new population of objects beyond Neptune that are called Kuiper Belt objects.” The Kuiper Belt and the still–further Oort Cloud are the birthplace of comets and contain as many as 2 trillion icy bodies of varying sizes and shapes orbiting around the sun in 10,000–year arcs—enough to keep astronomers busy for several lifetimes. The next generation might get to visit the moon or Mars, but their dreams will extend farther out than ours, to an infinite array of cold, quiet, celestial bodies.

When New Horizons flew by Pluto, scientists were surprised to find that the world was still active geologically—something that had previously only been observed in planets much closer to the sun. There is a smooth, heart–shaped area of about 1,000 miles called the Tombaugh Region (after Clyde Tombaugh, discoverer of Pluto) where glaciers composed of frozen nitrogen, methane and carbon monoxide slide across the surface.