Log Off, Sleep In, Get Bored! The Key to Creativity

Log Off, Sleep In, Get Bored! The Key to Creativity 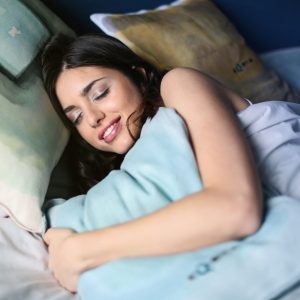 Boredom is a normal part of life. We don’t naturally have activities to constantly amuse ourselves. In a fast-paced society, we accept the routine of being endlessly busy, and find ourselves at a loss of what to do when we are not overwhelmed with three or more tasks or thoughts at once. But is our inability to “log off” affecting our creative abilities? Is the closest thing we get to downtime now the time we spend on dull, routine tasks?

Our brains need time to sort through all the information they gather throughout the day. Picking up and processing information on the go for hours on end is more exhausting than most people will readily admit. Sleep is sacrificed for the sake of unceasingly engaged routines. Since humans spend around a third of their lives asleep, there must be something important going on during a person’s waking time, right?

As it turns out, sleep restores awareness. Regarding an article that she coauthored with Elizabeth A. Kesinger of Boston College, researcher Jessica D. Payne of the University of Notre Dame says of sleep’s role in memory consolidation: “In our fast-paced society, one of the first things to go is our sleep. I think that’s based on a profound misunderstanding that the sleeping brain isn’t doing anything.” In fact, the brain is busy organizing memories and selectively extracting the most important or interesting information. Payne believes this function of the brain may catalyze a person’s ability to innovate and be creative.

But sleep is not the only thing needed to get our creative juices flowing; time for our minds to wander throughout the day is just as important. In a recent study by Sandi Mann and Rebekah Cadman from the University of Central Lancashire (UCLan) in the United Kingdom, participants were asked to come up with as many uses as possible for a pair of plastic cups. One group, prior to being allotted this creative exercise, was asked to complete the boring task of copying numbers out of a phone book, while the other was not. The group who had completed the copying outperformed those who had not. It seems that people in a state of boredom may be better able to come up with a variety of possible outcomes for a single problem—a kind of creativity known as divergent thinking. Dull daily tasks might actually be good for us. “Boredom at work has always been seen as something to be eliminated, but perhaps we should be embracing it in order to enhance our creativity,” says Mann.

What seems to be the fundamental problem about our lack of creativity is that we rarely allow ourselves downtime, feeling it is unjustified or a waste of time in light of everything else we could be doing. According to Dr. Laura Markham, a clinical psychologist and author of a parenting advice blog, we need to start the creative process from the time of childhood to make us comfortable with unstructured, unentertained time. As a child, times of boredom lend themselves to the most creativity, giving children a chance to exercise their minds and come up with their own games, scenarios, projects and more. As adults, we come across time where we need to figure out how to amuse ourselves much less often, since we are always either busy or spending any free time wired into social media. Is accessing our childlike imagination, by putting ourselves in boring situations where imagination is necessary, the key to getting more creative?

Finding dull tasks in our days, “logging out” and giving ourselves some time off the clock to daydream may allow us to transform the seemingly mundane into an outlet for creative drive. Mann questions in what areas of life this creativity will manifest itself: “Do people who are bored at work become more creative in other areas of their work—or do they go home and write novels?” Only one way to find out.

The way humans perceive sleep has changed throughout history. Dating back to ancient civilizations, people such as the Egyptians emphasized the importance of dream interpretation and hypnosis, while the Greeks and Romans attributed human elements occurring in dreams to powerful sleep deities. The notion that sleep is triggered by a lack of blood or oxygen to the brain arose during the Renaissance. By the time of the Enlightenment, these causes of sleep were still being debated, while the study of dream interpretation began to shift from religious and spiritual discourse to a scientifically focused audience—an audience that has since opened many doors and uncovered many answers.