Left, Right, Up, Down: Not a Cheat Code, but the Motion of Languages

Left, Right, Up, Down: Not a Cheat Code, but the Motion of Languages 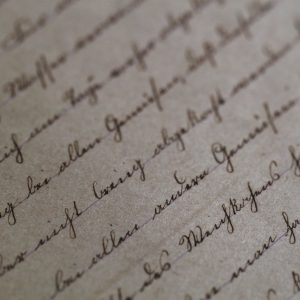 Can you imagine trying to use your favorite social media site—or any website, really—with all of the text flowing in the opposite direction? ,siht ekil leef dluow tI and it would make said website very cumbersome to interact with. This was the reality that Hebrew, Arabic, Farsi, and Urdu speakers were stuck with until as recently as 2013 for Facebook and 2012 for Twitter.

With most of the world’s languages moving left–to–right, sometimes it feels like the internet isn’t built for those people whose first languages flow in other directions. Think about it: until just three years ago, if a Hebrew Twitter user wanted to use a hashtag, he or she would essentially have to tweet in reverse. Same thing for anyone trying to update a Facebook status. Was that backwards sentence in the first paragraph annoying to try and decipher? Imagine dealing with those kinds of sentences every time you wanted to check out your newsfeed.

Not everyone is bothered by words flowing in other directions, though. For instance, some three– and four–year–old children switch the direction in which they write on a line–by–line basis; they’ll start left–to–right like we’re used to, then follow that up by going right–to–left on the next line. If you saw your child do this, you would probably think it was the cute mistake of someone who hasn’t yet learned how to properly form sentences. Instead, you might want to check and see if your little toddler has secretly been studying ancient Greek; this alternating method of writing is called boustrophedon and was popular all the way back in the sixth century BCE. It makes sense when you think about it: if you hadn’t been taught to write in a certain direction, it would probably feel more natural to simply drop straight down to the next line instead of picking your hand up and going back to where you started. Toddlers clearly value efficiency over conforming to adults’ silly, time–wasting writing methods.

The way our words move affects more than just our ability to understand each other. Apparently, it can also shape our perception of time. In an experiment conducted at Stanford University, participants were asked to order four cards depicting the same event at different stages. Researchers found that the direction that participants’ language moved matched their perception of time: Native English speakers organized the cards from left to right, Hebrew speakers organized them right to left and Mandarin speakers sorted them vertically. (Traditionally, Chinese characters run top to bottom.) My next question is this: If the results of this study are accurate, what do they imply about the perception of time for boustrophedonically inclined toddlers?

If you find boustrophedonic writing to be somewhat overwhelming, you would have absolutely hated life amongst the Easter Island natives. They wrote in a language called Rongorongo and employed the world’s only known practical use of reverse boustrophedon, which follows the same zigzag pattern of boustrophedon—but with the added headache of having the text rotate 180 degrees for each line.