In Pursuit of the Trivial

In Pursuit of the Trivial 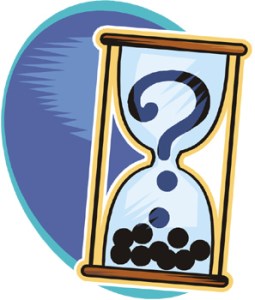 Can you recall Wally Cleaver’s high school homeroom number from Leave It to Beaver? Do you know the name of the mountain range between France and Spain? What about the name of the only basketball coach to win both an NCAA and NBA championship?

If you know the answers (which, by the way, are 221, the Pyrenees, and Larry Brown with the Kansas Jayhawks in 1988 and the Detroit Pistons in 2004), then you’re my kind of person. I love trivia, those obscure facts that float around in our heads taking up space that should otherwise be used for more important things like computer passwords, garage door opener keypad codes and wedding anniversaries.

For the past five years, I’ve been a part of a weekly trivia competition that pits teams of ten players against each other. Sponsored by the National Trivia Association and using a written format, the quiz includes seven rounds of ten questions under the headings of General Knowledge, Picture Round, Sports, Music, Geography & History, Entertainment and a final round of General Knowledge that includes a 100-point, ten-part bonus question. The Picture Round, which involves a page of ten photographs that the team must identify, is a toss-up, as the photos make up a set of celebrities connected by a theme. Recent rounds included female celebrities without makeup (you’d be surprised how difficult that was), actors who played US presidents (e.g., James Cromwell and Billy Bob Thornton), and celebrities with alcoholic drinks in their names (e.g., Amy Winehouse and Brandy).

We have a diverse team is made up of fellow church members; I’m one of the older members, which helps with questions about Vietnam, Watergate and old TV shows. Thankfully, one woman on the team knows all of the state capitals and the order of all the US presidents—knowledge that is critical if we hope to finish in the money. My strongest categories are General Knowledge, Geography & History and Entertainment; my weakest category by far is Music. I love music, but most of the short clips played by the DJ/MC during that round tend to be from the pop, rap and country genres—not exactly in my wheelhouse. Now—if they included more Lutheran hymns or 1960s rock ’n’ roll classics, I’d be all over that.

Some might liken trivia contests to academic competitions, but I think that’s taking the contest a little beyond its purpose. We’re not solving quadratic equations here. We’re merely trying to recall in some orderly (and quick!) fashion what’s been implanted in our gray matter over the years. I’m not a scholar by any means, but I read a lot, I’m curious and I love to discover obscure facts. My teammates are of like mind, and during the week between contests we share any UBIs (useless bits of information) that we discover. It’s not like we actually prepare by studying ahead of time—although we all agreed after a particularly poor Geography & History round that we need to bone up on South American and African geography.

We play every week—not for the prizes or the glory, but because we enjoy the friendly competition, the discovery of some previously unknown tidbit of knowledge (Who knew that Bob Dylan’s real name is Robert Allen Zimmerman?), and the pleasant evening out. It’s just plain fun—and that’s not a trivial thing.

About the Author: Ken Scherpelz

Ken was VP, Sales and Business Development at PSG. He retired in 2017 to become a professional grandfather and golf watcher.