Hold Up, GED: HiSET is Here

Hold Up, GED: HiSET is Here 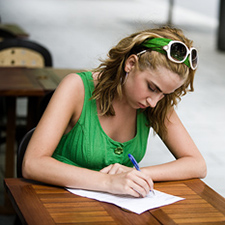 There is no true path to success; everyone moves forward in life at a different speed and in a different way from others. It is comforting to know there are so many ways to get ahead, and when life gets in the way, there are many different ways to catch up. Now there are increasingly more ways to demonstrate the same academic proficiency as that required in high school: the GED is no longer alone.

Since 1942, the GED test has been an important part of the country’s education and a vital second-chance opportunity. Originally rooted in educating young members of the military returning home from World War II, the GED test is the only high school equivalency assessment battery that has been recognized by all US states and territories as well as all Canadian provinces. Nearly 800,000 GED tests are taken each year, and, in its history, more than 18 million people have passed the GED test!

In recent years, however, the GED has gotten some competition, providing even more choices for those wishing to signify that their academic level is the same as a high school graduate’s. When the GED went through an overhaul in 2013, a number of states took the opportunity to try out alternative tests. One of these new assessment batteries, offered by the Educational Testing Service (ETS), is called HiSET. (Editorial Note: While the ETS and HiSET websites don’t define the HiSET acronym, others have defined it as meaning “High School Equivalency Test.”) According to its website, the HiSET exam is the least expensive high school equivalency test on the market, striving to be as accessible and affordable as possible.

One major reason that states began to explore other tests is that the 2014 version of the GED test is only offered via computer; there’s no longer a paper–and–pencil version. The HiSET test is offered both online and on paper, which is very appealing to states that may not yet have transitioned completely to computer-based testing. It‘s also good for test takers who aren’t very computer savvy; a person who’s inexperienced with computers doesn’t need to learn a new skill set on top of having to prepare for the test.

There are now 14 states that use the HiSET: California, Iowa, Louisiana, Maine, Massachusetts, Missouri, Montana, Nevada, New Hampshire, New Jersey, New Mexico, North Carolina, Tennessee and Wyoming. Some of these states use HiSET as their only high school equivalency test, while others offer it along with other options.

In addition to HiSET, there is another alternative now being offered: the Test Assessing Secondary Completion (TASC) from CTB/McGraw-Hill. Currently, eight states offer the TASC test, either alone or with the other two tests.

It is wonderful to see so many different options becoming available for people to prove their academic skills. As each test strives to be as affordable and accessible as possible, more people will have a better chance to follow the path of success, wherever it may lead them.

In the 2011–2012 school year, Nebraska and Vermont had the highest graduation rates—each at 93 percent! Two other states, North Dakota and Wisconsin, also had graduation rates of 90 percent or higher.