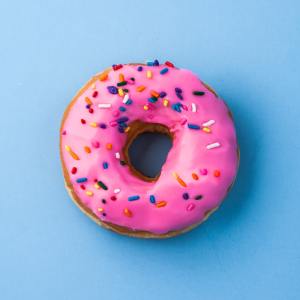 While health problems have been the major concern of recent studies in childhood obesity, new issues have begun to surface. Several research teams have come to the general conclusion that obese students, particularly girls, are more likely to achieve lower test scores or be held back a grade and are less likely to go on to college than peers at a healthier weight. Sara Gable, PhD, took this correlation one step further and conducted a more focused, long-term study that followed 6,250 children from kindergarten through fifth grade. Her results, recently published in the medical journal Child Development, found that obese children scored consistently lower on math tests than nonobese children, even after researchers factored in outside variables that may have been affecting the children’s test scores, such as family income, race, mother’s education level/career status and parents’ expectations.

While the link between obesity and lower test scores may appear to be a straightforward cause-and-effect situation, childhood obesity experts think that it may be a more complicated case than it appears. In 2011, Rebecca London, PhD, focused on overall physical fitness by including body mass index (BMI), strength and endurance; Dr. London found that the combination was a much better indicator of academic performance than BMI alone. Self-perception also plays a role; those children who think themselves overweight or have low self-esteem due to their weight experience greater academic issues. Dr. London concluded that social skills and emotional well-being are part of the core issue of obese children performing poorly in school.

Whether it’s the effect of psychosocial issues caused by obesity or the myriad of health problems that can accompany it, childhood obesity clearly plays a negative role in certain students’ academic experiences. However, there certainly are options for schools to make healthy changes to deal with this issue. Dr. London suggests a change in mindset; academia and health need to be thought of as existing in the same realm, rather than as two separate entities. In recent years, schools have been trying to focus primarily on improving academic performance without looking at the larger picture.

Physical education and activity play a huge role in a child’s ability to learn and perform well, and if those areas are focused on, it’s easy to imagine that academic performance will improve as a result. Not only will increased attention towards exercise and physical education help with national test results, it will help overweight children learn how to be healthy again and eliminate the emotional and physical problems faced by obese children. In the end, that’s a goal worth striving for.

About the Author: Emily Sinclair

Emily Sinclair was a 2012 Summer Intern at PSG.