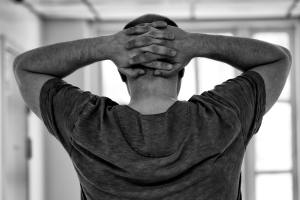 As a sports enthusiast – and especially as a professional football fan – concussion is one of those words that always gets my attention. There are about 300,000 sports-related concussions nationwide each year, and it’s believed that about 85% of concussions go undiagnosed. Concussions are dangerous even when diagnosed and treated with proper medical care. But if a concussion goes undiagnosed it can become even more dangerous, since most athletes are willing to simply shake their heads and go right back to the game. This can aggravate their condition and the long-term effects can get even worse.

Many great players have had their careers cut tragically short because of too many concussions. And even players whose careers never suffered because of them complain about many mental problems later in life. They get constant headaches, are unable to focus and it’s believed some of them suffer from mood swings.

These professional players have medical teams dedicated solely to their health. Every possible concussion that occurs on television receives a lot of media coverage, and rules are always being changed to protect the players. But what about the people who don’t get coverage, the athletes that get hit and are told to “toughen up and get back out there?” It’s not just the big, tough, 300-pound linebackers that get paid millions of dollars for playing a game that do it. It’s also the high school students that play for a chance to get a scholarship to a good university and a miniscule chance of going on to play as a pro.

High school athletes don’t have medical teams whose only job is to make sure that they’re not too badly injured to keep playing. They don’t get state-of-the-art protective gear given to them by league sponsors. And they don’t get any type of neurocognitive testing to help detect and treat concussions. At least not until now. Dick’s Sporting Goods is working with a program called Protecting Athletes through Concussion Education, or PACE, in order to help protect high school athletes by donating one dollar for every pair of shoes sold in the stores or online to the program.

Dick’s also hopes that by using former pro athletes like Jerome Bettis, who suffered through many concussions during his career, to get their message across, kids will stop and listen. Besides starring in television commercials, Bettis also went to Dick’s stores around the country where kids could meet a role model who’s gone through what they have. Hopefully kids, their coaches and their families will learn to notice the signs of a concussion and get treatment right away. Even though we still can’t prevent concussions completely, we can prevent them from getting worse.

About the Author: Jorge Cortes