Your Brain Is Lying to You About What You See

Your Brain Is Lying to You About What You See 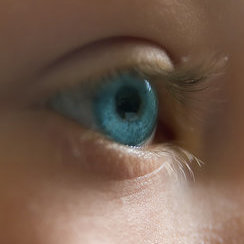 Take a look at this video.

Did you get the first question right? How many times did the players in white pass the ball? Now, how about that second question?

The video, done by Daniel Simons and Christopher Chabris, is a replication of Ulric Neisser’s study from the 1970s representing selective attention, the tendency not to “see” major changes in the environment. A person’s attention is focused on one thing (seeing how many times the players in white pass the basketball) to the extent that they don’t see a significant change.

But this doesn’t happen when you’re not focused on just one thing, right?

Change blindness  occurs when there is a brief “flicker” or interruption in visual cues during a change, as two men demonstrate in this video. Both men are wearing glasses and white T-shirts, but Vin is in his late 40s, carrying a bag, wearing jeans and a black baseball cap. Alex is in his mid-20s without a bag, and is wearing shorts and a bright blue baseball cap.

Vin stops passerby to ask for directions, but as they are talking, two people carrying a large board walk between them. Hidden from view, Vin switches places with Alex, who continues the conversation as if nothing happened. About 50 percent of people continued giving directions without noticing the change.

There is no definitive answer as to what causes these phenomena. Currently, psychologists think it has to do with the brain’s ability to process stimuli. While studies suggest the brain can process an image in 13 milliseconds, it’s impossible for a human brain to pay attention to and process everything it encounters. It must decide what is important.

The two ways the brain decides what to pay attention to are called top-down attentiveness and bottom-up attentiveness. In top-down, the brain is focused on a stimulus of your choice, like the passing of a basketball or a friend’s face in a crowded family reunion picture. Bottom-up attentiveness, however, is driven by stimuli. Your attention is drawn to someone jumping up and down in a crowd or a bright object on an otherwise unremarkable background because it is clearly different.

Everybody has a blind spot in their vision that is usually unnoticeable. When both eyes are open, each eye sees what is in the other’s blind spot, but when one eye is closed, the brain “fills in” what it thinks should be there based on surrounding visual cues. This website demonstrates some ways you can experience this for yourself.

About the Author: Chelsea Wilson

Chelsea Wilson was a 2015 Summer intern.