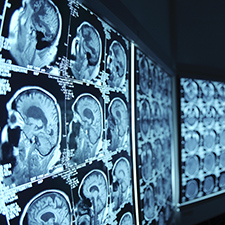 When I think back to my childhood, I can usually come up with a handful of memories that have stayed with me through the years: spinning on the tire swing in my grandma’s backyard, the time my family and I drove 530 miles to reach Big Bend National Park, or the time my brothers and I were certain our babysitter had unknowingly swallowed the tadpole we’d caught using a plastic cup. But when I try to remember anything prior to the age of five, I tend to draw a blank.

Over the past decade, studies have provided evidence as to why after a certain age, most people can’t seem to recall early childhood memories. Professor of Psychology Patricia Bauer and Research Associate Marina Larkina, PhD, both of Emory University, decided to study the memories of a group of children over time, keeping track of which memories remained consistent and which were forgotten. They began by recording a group of three-year-old children discussing recent events—such as a vacation or visiting a relative—with their parents. Bauer and Larkina tracked the children’s ability to recollect the discussed memories as they got older.

According to their findings, children as old as seven could recall more than 60 percent of such events. By the age of eight or nine, however, less than 40 percent were still able to recall the recorded memories. “What we observed was actually the onset of childhood amnesia,” Bauer said. She explains that although scientists don’t have a definite answer, this decline in memory is likely related to the structures and circuits in the brain that store events for future recall.

Bauer writes that forgetting is a critical component of childhood amnesia and references a “forgetting function” demonstrated by Scott E. Wetzler and Robert M. Sweeney in their 1986 study “Childhood Amnesia: An Empirical Demonstration,” which can be found in Autobiographical Memory, edited by David C. Rubin. The function is based on memories from age eight until adulthood, and then it is applied to data from birth to age six. Wetzler and Sweeney observed that in childhood, the rate of forgetting is accelerated. Bauer suggests that with more systematic studies of children of different ages, “we will likely see that within the period of childhood, memories formed at age eight years and older would be forgotten at a slower rate, relative to memories formed at the ages of four and six years, for example.”

Bauer stresses [PDF link] the difference between explicit memory and implicit memory, explaining that the different forms of memory are supported by different neural substrates. Explicit memory (or declarative memory), she explains, allows for the recall and recollection of dates, places, names, and events. Implicit memory (or nondeclarative memory) is something that is recalled through repetition and previous experience. A good example would be “muscle memory” (a type of procedural memory), where an action is performed over and over until a person can do it without consciously thinking about it. Bauer states that this difference is critical for “the accurate description of the timing and course of memory development and neurodevelopmental models of age-related changes in memory.” She also states that the development of memory through childhood deals primarily with explicit memory.

With more time and research, Bauer posits that the rate of forgetting would indeed be proven faster depending on age. The implications that this could have aren’t entirely clear, but would nonetheless have a profound influence on our understanding of how memory works.

In 1997, Tony Dottino introduced the USA National Memory Championship, billed as “an Olympiad for ‘thinking’ games.” Participants compete in events including memorizing names and faces, the numbers and suits of a deck of cards, poems, and speed numbers. In 2005, Joshua Foer attended the championship as a spectator. He then went on to learn how to train his memory, came back in 2006 as a participant and won the championship. Foer is the author of Moonwalking with Einstein: The Art and Science of Remembering Everything. The book, which was inspired by an article he wrote for Slate in 2005, is described in one review as “[popularizing] scientific concepts in a breezy, accessible fashion while cheerfully dispensing some practical insights and lots of entertaining anecdotes.”

About the Author: Claire Paschal

Claire Paschal was a 2014 Summer intern.