To Infinity and Beyond: The Mathematical Magic of Pixar Animation

To Infinity and Beyond: The Mathematical Magic of Pixar Animation 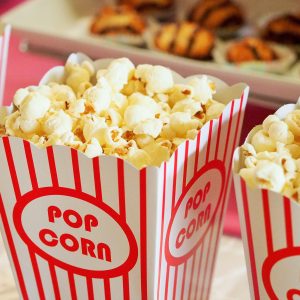 From Toy Story to Finding Nemo to Up, no computer-generated imagery (CGI) production company has conquered the animated feature film industry quite like Pixar. Each film opens with the iconic Pixar lamp staking its place in the Pixar logo, usually to the delight of contented moviegoers.

Pixar’s success owes much to the technical innovation behind the films that have dazzled the general public and won not only viewers’ loyalty, but also 26 Academy Awards, 5 Golden Globes and 3 Grammys. Cutting-edge animation combined with resonating storytelling has made Pixar one of the biggest household names in animation, alongside DreamWorks and Walt Disney Animation Studios.

The lead of the Research Group at Pixar Animation Studios is Tony DeRose. As Pixar’s senior scientist with a BS in physics, PhD in computer science and a background in teaching at the University of Washington, DeRose’s job is to translate mathematics into digital objects. He is also closely involved in initiatives to inspire teens to pursue STEM careers and engage in hands-on projects with their peers.

DeRose has held a TED-Ed original lesson and led lectures at the Museum of Mathematics (MoMath) in New York City and the MAA (Mathematical Association of America) in Washington, DC. The lectures attracted crowds of teens as well as parents, teachers and researchers. DeRose spoke about the role of math in animation, which includes geometric coordinates (to map a character’s place in space), trigonometry (to move characters), algebra (to create effects like shining), and even calculus (to create accurate lighting).

Creating an animated movie starts much the way you might expect it to—with artists hand-drawing different scenes and characters and toying with ideas in the form of pencil-drawn sketches. But those blueprints soon jump into image-editing programs, and the procedure begins.

Animators begin the long process of building the character. This involves hundreds of “strings” (DeRose’s analogy is to think of the animated character as a marionette) that help to angle and fine-tune every movement and expression. For a character to behave realistically, each of these strings must be in harmony.

To me, it sounds impossibly complex. I haven’t taken a math class since junior year of high school, and that Prob and Stats class was one I referred to as “probs and naps.” Now that I know what really goes into every miniscule motion and moment in an animated feature film, math seems less mundane and more magical.

Merida, the heroine of Pixar’s 2012 hit Brave, sports an untamed mane of curly red hair. Her hair alone needed a new approach. The effort resulted in creating “100,000 individual elements” of her hair to make it appear voluminous and lifelike. This is a feat that would not have been possible without the success of a short film that premiered more than a decade earlier.

Pixar’s success with subdivision surfaces arose after the release in 1997 of a short called Geri’s Game. Despite its Academy Award win in 1998, you may not recognize the title. But for a ’90s baby like me, this short film brings back the paralyzing awe of going to the movies as a child with my mom and brothers, all the while being partially swallowed by the folding cinema seat. Geri’s Game is a four-and-a-half minute film that was created by 18 animators, including Tony DeRose and his new curve-generating algorithm, which helped to perfect face shapes and clothing movements. It was shown before the screening of A Bug’s Life (1998) in theaters and came bundled with the VHS and DVD releases.

Geri is an elderly man who wears a suit and has tufts of white hair at his ears. He plays chess against himself in the park as fall foliage flutters in the background. He grows more and more excited as his game progresses, displaying an impressive range of facial expressions and an incredible distinction between the reactions of the two Geris. At the end, one Geri’s glee is just as palpable as the other’s shock at the sudden loss. As an eight-year-old I’d never seen anything so bright, spellbinding and real.

It was subdivision surfaces that brought this all to light. Today, this method is the industry standard. With open-source software readily available on the market, Pixar’s abilities are no longer exclusive. The company even chose to make its subdivision surface code library open-source. DeRose supports this. “We get more value by letting everyone contribute,” he says. And this is his objective. To inspire the future designers and animators of the world to strengthen their math backgrounds, work as a team, delve deeper into the art of simulation and captivate a new generation like never before.

Have you heard the term uncanny valley? This phrase is used to describe robots or CGI characters that are designed to look especially human but leave viewers with a creepy feeling instead. The most infamous offenders are widely considered to be the animated characters in The Polar Express (2004), though viewers also cite Beowulf (2007), along with characters in video games like some of the Final Fantasy (1987–present) titles or Mass Effect 3 (2012). The term was first used by roboticist Masahiro Mori and involves a feeling of revulsion due to humans or robots looking just . . . off . . . enough to ring our instincts’ alarm bells that signify viewing a very sick person or a corpse. If you really want to feel creeped out, check out the truly disconcerting “creepy girl.”