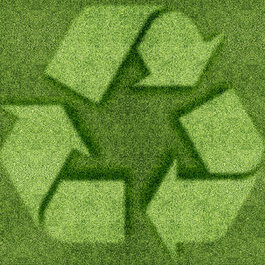 When I was in kindergarten, I was one of New Hampshire’s winners of an annual EPA award. It was an award given to students between kindergarten and sixth grade who demonstrated concern about the environment and used their creative skills to express their concern.

My environmental efforts continued throughout my youth, with varying effectiveness. I vaguely recall crouching behind a rusty swing set after rigging an empty strawberry carton with a piece of yarn, waiting for a mouse to crawl in. The details of this attempt at humane mouse capture are a bit vague, but I more vividly remember learning they weren’t mice at all (and never had been)—they were chipmunks.

Luckily for the New Hampshire chipmunk population, there are young people out there with a wider focus than backyard pest control. This year, the sixteenth annual Brower Youth Awards were given on October 20 by the Earth Island Institute in San Francisco’s Herbst Theatre in front of nearly 1,000 guests. The institute gives out awards annually to six young people between the ages of 13 and 22 who are “outstanding youth leaders . . . making strides in the environmental movement.”

The winners for 2015 included Dyanna Jaye, who organized an environmental group called the Virginia Student Environmental Coalition. The coalition inspired her peers to get involved in the discussion of state-level climate change policies. The group demanded more climate action from state plans, hosted a Student Power Lobby Day and has since expanded its reach to over 11 college campuses. Dyanna was selected as a youth delegate to both the 2014 United Nations Climate Change Conference in Peru and the 2015 conference in France.

Other winners this year did equally remarkable things. Celeste Tinajero noticed her high school in Reno, Nevada, was desperately in need of a makeover. She and the school’s Eco Warriors club helped get a grant to renovate high school bathrooms with water-saving toilets, auto-sensor lights, and automatic hand dryers and faucets, as well as another grant to install water bottle refill stations. These “hydration stations” have already saved more than 37,000 single-use water bottles. She is currently an AmeriCorps volunteer and continues to work for the environment.

Recipients of the Brower Youth Award find themselves with a cash prize, film crew and new platform to share their cause. They receive leadership coaching along with networking, media and funding opportunities. Brower Youth Alumni often travel to schools and events to hold speaking engagements.

Keep updated on remarkable teens making a difference: The 2016 Brower Youth Awards winners will be revealed this summer.

Ten-year-old Austin-native Mikaila Ulmer is well on her way to environmental stardom. She began BeeSweet Lemonade—a company that sells lemonade made with local honey—in elementary school. A portion of the profits goes to groups that work to protect and grow bee populations. After appearing on Shark Tank and receiving a $60,000 investment, her products are now in Whole Foods Markets and sold by other retailers around the country.