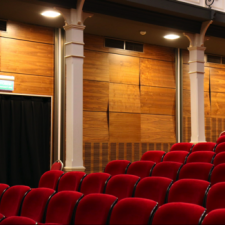 Avengers: Infinity War (April 27, 2018)
Infinity War has outsold the previous seven Marvel movies combined in pre-sale tickets, making it by far the most anticipated superhero movie of all time.

Tully (May 4, 2018)
From the writers of Juno, this film stars Charlize Theron as a mom of three, who is gifted the help of a nanny named Tully.

Deadpool 2 (May 18, 2018)
The sequel to the highly popular Deadpool stars Josh Brolin as Cable, a cybernetically enhanced supervillian.

Ocean’s 8 (June 8, 2018)
Featuring an all-star female cast, Ocean’s 8 follows Danny Ocean’s sister, Debbie (Sandra Bullock), and the crew she assembles to pull of a heist at the Met Gala.

Incredibles 2 (June 15, 2018)
The teaser trailer for this sequel became the most viewed trailer ever for an animated film.

Sicario: Day of the Soldado (June 29, 2018)
Described as a stand-alone spinoff rather than a sequel, this movie follows Benicio Del Toro and Josh Brolin’s characters from Sicario.

Don’t miss out on these blockbusters and remember to save your ticket stubs!