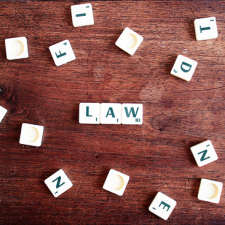 Laws are important and should always be followed, of course, but every US state has at least one law that at first reading you wouldn’t think was actually real. I gathered some of the craziest sounding laws in New England for a sampling.

Republican Representative Max Abramson filed a repeal for this law after it won a contest for “New Hampshire’s Dumbest Law”—a 40-year-old ban on carrying and collecting seaweed during evening hours.

In Augusta, Maine, it is against the law to play drums, sound trumpets, sing loudly or make any other loud noise on the street or in public.

In Vermont, clotheslines and solar collectors cannot be prohibited because they are both considered energy devices.

If you are about to eat a pickle, make sure it bounces! Otherwise, it is not considered a pickle—at least in Connecticut! Though it is not directly included in the state’s legislation, in 1948 a man was fined $500 for selling pickles determined to be bad because they did not bounce.

Last but not least, one must not bite off a person’s limb(s) in Rhode Island. Common sense tells me that law should be followed around the world, but if it’s committed in Rhode Island it could result in 1–20 years of prison time.

You can learn a lot about a state from its laws, so be sure to go through and check out the other crazy laws that citizens are expected to abide by!

About the Author: Lori Becker

Lori is the President and CEO of PSG. She is a strong advocate for being an active member of the community. Lori has always been into fitness—from swimming to gymnastics to ballroom dancing!