Power to the People: The Impact of Crowdfunding

Power to the People: The Impact of Crowdfunding 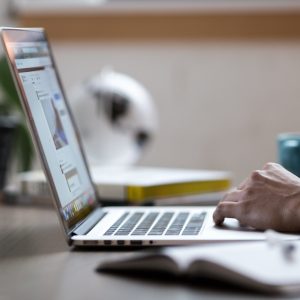 When I first decided on the topic of the impact of crowdfunding websites, I had what I thought was the basic definition of the term crowdfunding: the process of inventors in various fields using a website to promote their creations in hopes of acquiring funds from potential consumers so as to develop the project on a greater scale.

In an article titled “What is Crowdfunding and How Does It Benefit the Economy?” Forbes contributor and Onevest co-founder Tanya Prive describes crowdfunding sites by stating, “The idea of ‘it’s not what you do, but why you do it,’ really hits home here. By focusing on a bigger purpose, the driving force behind a brand, project creators will be able to create a unique community of likeminded individuals. Each campaign is set for a goal amount of money and a fixed number of days. Once the project is launched, each day will be counted down and the money raised will be tallied up for visitors to follow its success.”

Most importantly, monetary transactions are not acted upon unless a project reaches its target goal, meaning if a person uses their credit or debit card to donate $100 to a project that needs a goal of $10,000, they will not be charged unless—and until—the project reaches that goal in the given time. Crowdfunding is an “all-or-nothing” business.

Upon investigating examples, I was shocked to find some of the ideas on crowdfunding sites like Kickstarter and Indiegogo were completely ludicrous. Naturally, I became enamored by these seemingly pointless ideas, particularly those raking in money far beyond their target goal.

As someone who never utilized crowdfunding websites, I assumed the products would be presented in the most professional format—high-resolution video enhanced by vivid images and well-written text—so as to convince or manipulate the consumer into spending money.

In the New York Times article “Crowdfunding and Venture Funding: More Alike Than You Think,” one of the main questions posed is this: “Do crowds—driven by a herd mentality, crowd euphoria or sheer silliness—gravitate toward funding seemingly irrelevant ideas? Or can crowds make rational funding decisions and, better yet, exceed venture capital investors and other traditional gatekeepers in identifying promising projects?”

While some are quite astounding and presented as such, like the Freedom Chair based out of Cambridge, Massachusetts, others may cause a few raised eyebrows with what seems to be a lack of effort in presenting their product in the best light—you do want people to invest, right?

Acknowledging that the basis of these sites is to acquire funds, I don’t think it’s unreasonable for the inventors/designers/engineers to shell out some cash to make their product look appealing to the consumer—iPhones videos don’t make the cut.

Regardless of the validity of every project on crowdfunding sites, the results are undeniable—something that doesn’t go unrecognized by the entrepreneurs of budding start-ups.

The aforementioned Forbes article continues, “In a seemingly nonstop recession wave, small businesses [and entrepreneurs] are struggling more than ever to stay afloat. . . . Crowdfunding offers these individuals a chance at success, by showcasing their businesses and projects to the entire world.”

Recently, I watched a movie called Blue Ruin. It was great, and I highly recommend it. My enjoyment of the film prompted research into its development and production, and I was pleasantly surprised to learn the film was partially funded through Kickstarter donations.

The film, which has received very high critical acclaim, would not have come to fruition without the money earned through Kickstarter—a clear example of the power of crowdfunding when utilized properly. It is also a testament to the public—the investors—who can recognize a product worthy of backing.

But there is one crucial element of crowdfunding that makes it even more unique. The consumers who invest in a product may receive something in return—depending on the amount they invest—although that isn’t the desire behind the donation.

The New York Times article, “Why Would You Ever Give Money through Kickstarter?” sums up the investment mentality perfectly, stating, “But Kickstarter backers aren’t investors, and they aren’t looking for the project that will give them the greatest return on their money. Kickstarter does not function as a store (as its website goes to great pains to remind you), any more than PBS is ‘selling’ you a tote bag in exchange for your donation. Kickstarter as a phenomenon is made much more comprehensible once you realize that it’s not following the logic of the free market; it’s following the logic of the gift.”

Regardless of whether an idea is completely asinine or the next tech marvel, crowdfunding is building great momentum—with no signs of plateauing anytime soon—as more people and businesses are viewing it as a legitimate way to promote and create a product.

ArtistShare is considered the first crowdfunding website. Launched in 2003, it was referred to as a fan-funding platform “that connects creative artists with fans in order to share the creative process and fund the creation of new artistic works.” Since its launch, artists funded through ArtistShare have gone on to receive numerous Grammy nominations and wins. Rick Moranis—a Canadian comedian, actor and musician who has starred in movies such as Ghostbusters, Spaceballs and the Honey, I Shrunk The Kids series—worked with ArtistShare to fund his country album, The Agoraphobic Cowboy, which was released in 2005. The album went on to be nominated for Best Comedy Album at the 48th Annual Grammy Awards in 2006.