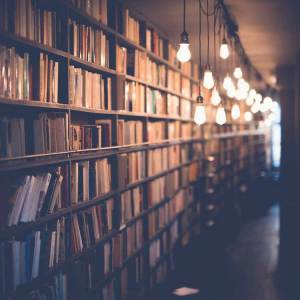 When it comes to popular TV, book adaptations are in the spotlight. So if you’re a bookworm like me, there’s a chance one of your literary favorites is headed for the small screen. Be on the lookout for these adaptations of well-loved books!

The Handmaid’s Tale
Margaret Atwood’s bestselling novel was turned into an award-winning TV series last year. It did so well with audiences that it was renewed for a second season, which premiered this April. The new episodes go beyond the plot of the novel, but the show still rings true to Atwood’s themes.

Big Little Lies
This hit series was based off of Liane Moriarty’s novel of the same name. The second season will dive further into the secrets of the same friend group we met in season one, all set in their seemingly idyllic community in Monterey. Filming for the second season is currently under way and Meryl Streep is set to join this already star-studded cast.

Howards End
For a more classic adaptation, try out Howards End. Released in the United Kingdom last year, the show graced US television screens in April 2018. It’s a four-part series based on E. M. Forster’s novel from 1910. In true fashion of a period piece, there’s family drama, romance and issues with social class all wrapped up in beautifully designed costuming.

From contemporary to classic, books are clearly great material for television. Are any of your favorite books headed for the TV screen?