A Lifetime of Celtics Fandom

A Lifetime of Celtics Fandom 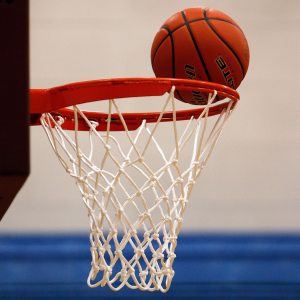 Growing up in the ’80s, I was a huge Celtics fan. With the (original) Big Three in their prime, the Celtics were perennial playoff contenders, winning three championships. But the end of that decade brought heartache for 13-year-old me when Red Auerbach traded my favorite player, Danny Ainge, in February 1989. Given to displays of teenage melodrama, I, along with my best friend, swore off the Celtics forever. I followed through for a while too because teenage me could also hold a grudge.

I couldn’t stay away forever though. After the Celtics drafted Paul Pierce in 1998, my feelings started to thaw. Pierce was fun to watch, and so I started to tune in again. Then a miracle happened: in 2003 the Celtics hired Danny Ainge to run the front office. Things came full circle, and I could fully enjoy watching the Celtics now that Danny was part of the team again.

It turns out that as good a three-point shooter as Ainge was, he is an even better executive. In 2007, under his leadership, the Celtics pulled off two of the best all-time trades, acquiring Kevin Garnett and Ray Allen. Along with Paul Pierce, the era of the (new) Big Three began! They wasted no time, winning the championship in 2008. Pierce’s passion, Garnett’s fire and leadership, and Allen’s accuracy all combined to bring about one of the most satisfying championship celebrations I’ve ever seen. These talented three had been chasing a championship throughout their careers, and their joy at finally winning it all was infectious.

In the 10 years since the Celtics raised that banner, this past season’s team has been one of my favorites to watch. Their improbable run almost right into the Finals, all while their two biggest stars were sidelined with injuries, is a testament to the superior coaching of Brad Stevens and the tenacity and talent of the players.

In 2018–2019, the Boston Celtics will once again be chasing a championship, presumably with Kyrie Irving and Gordon Hayward leading the charge, along with an embarrassing amount of young talent—at least for now. With Danny Ainge running the front office, there’s no telling what blockbuster trade might come next. My older, much less melodramatic self has learned to go with the flow, and enjoy the ride. Go Celts!