History of Hockey: North of the Border or Across the Pond?

History of Hockey: North of the Border or Across the Pond? 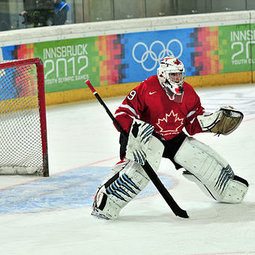 When I was a young hockey player in Pennsylvania, there was no doubt, hockey had been started in and belonged to Canada. I recall playing in tournaments across the Midwest with my Midget A Major team, The Mt. Lebanon Hornets. At times there would be chatter about the opponents, “Yeah man, I hear the team we’re playing Saturday is Canadian.” After a statement like that, fear would enter the locker room, because we would be playing a team that was assumed to take a bit more pride in their game, a team that was more than likely going to light us up on the scoreboard. As it happened, we beat many of those Canadian teams, but a few definitely showed us that there should be no question that hockey belongs to Canada, by the way they dominated all 200 feet of the ice rink.

But is hockey actually Canada’s game? Recent research shows that the validity of Canada’s claim on the origins of ice hockey may not be so soundproof. In the book, On the Origin of Hockey, by Canadian author Jean-Patrice Martel and Swedish authors Carl Gidén and Patrick Houda, the claim is made that the first unorganized games of ice hockey were played in England, not Canada. An excerpt from the book states, “Montreal is where the first organized game took place, in 1875, so it is really the only date that matters. But then you look at England, and all of a sudden there are hundreds and hundreds of references to hockey being played all over the country—some dating back to the 1790s.” England is not the country I would have expected, but given their rich history and cultural influence, it should not come as too much of a surprise. To question things further, consider sports that inspired the current game of hockey. These include the game of shinty, which originated in Scotland, as well as the game of hurling, which originated in Ireland.

Regardless of who or what started ice hockey, I believe it’s safe to say that the sport truly belongs to Canada now, due to the population’s notable dominance and love of the game. Still, it’s interesting to learn how many countries and peoples influenced the great sport of ice hockey. Maybe knowledge of this information would have calmed my nerves in the days I was still sporting a black and gold jersey with a massive cartoon hornet patched on the abdomen. Just maybe.

Hockey played outside of North America utilizes an entirely different ice surface size for games. This rink size is referred to as an Olympic rink, and provides players with more open ice to skate with, typically decreasing the amount of physicality that can take place during play.

About the Author: Duncan McCay

Duncan McCay was a 2016 Spring intern.