Misquotations on the Internet Continue to Spread False Info

Misquotations on the Internet Continue to Spread False Info 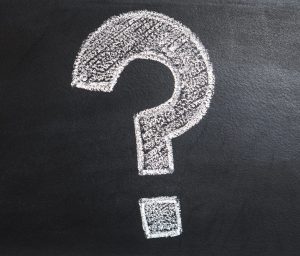 The recently departed and eminently quotable Yogi Berra once said, “I really didn’t say everything I said.” Turns out he’s not the only one. False or misattributed quotations happen all too frequently—especially on the internet. It’s very easy for these falsities to happen online. If an image, like a meme or an infographic, looks authentic enough, an incorrect quote from Morgan Freeman can be treated as fact and make its way into public consciousness.

A recent example of this phenomenon can be seen on the US Postal Service’s limited edition Maya Angelou commemorative stamp. The stamp includes a famous quote of Angelou’s—one that she never actually said. In fact, it was the same misattribution that President Obama used in an address in 2013. The quote in question (“A bird doesn’t sing because it has an answer, it sings because it has a song.”) really came from author Joan Walsh Anglund, though Angelou often recited it. Dozens of writers and public speakers have fallen victim to this trend, and it seems impossible to avoid.

It’s not always as simple as running an online search, especially in the era of Tumblr. Fact–checking is especially difficult on the popular blogging website, as an original post is nearly impossible to find due to the website’s design. A certain quote from popular young adult author John Green was making the rounds for a while. Turns out the quote (“I’m in love with cities I’ve never been to and people I’ve never met.”) belonged to a 13–year–old blogger! Fortunately, John Green caught on and set the record straight. As he says, “We do an epically bad job of acknowledging one another’s work and checking our sources.”

The calibration of quotes to fit bumper stickers or coffee mugs is a similarly common trend. Brian Morton, writer for the New York Times, recalls seeing a mug with the phrase, “Go confidently in the direction of your dreams! Live the life you’ve imagined.” The actual quote comes from Thoreau’s Walden: “. . . if one advances confidently in the direction of his dreams, and endeavors to live the life which he has imagined, he will meet with a success unexpected in common hours.” Of the edits, Morton notes, “I suppose that the people responsible for the coffee mug would say that they’d merely tweaked the wording of the original a little. But in the tweaking, not only was the syntax lost, but the subtlety as well.” It’s more difficult to prove these kinds of quotes incorrect, as the speaker has said at least part of it. It’s a frustrating development for sure.

In the end, it’s important to remember how easily the truth can get lost on the World Wide Web. My advice would be to take quotations from famous people that you see online with a grain of salt.

Falsified quotes are nothing new. Voltaire’s biographer, Evelyn Beatrice Hall, in 1903 invented the saying that Voltaire became famous for, “I disapprove of what you say, but I will defend to the death your right to say it.”