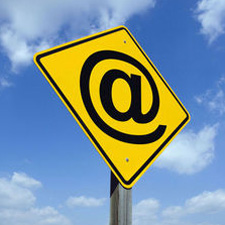 The internet has undoubtedly changed the way we speak. BTW (alternatively, beeteedubs) has crawled its way into my daily vocabulary. Yesterday, my friend ended her sentence with IRL; my puzzled look led her to explain: “in real life.” Last week, I made a joke to my fifty-five-year-old father, to which he responded: “LOL.” But the internet has done more than create everyday acronyms; it has changed the way we use existing words in the English language.

Take the word because. I asked my roommate why human skin gets pruny after a prolonged period of time in water. Her answer? “Because evolution.” No need to bother with the of that would make her sentence grammatically correct in the traditional sense. Her use of because is what linguists are calling the “prepositional because,” “because noun” or “because + noun.”

Linguists and language writers are interested in the implications of this new trend in the word’s usage. Gretchen McCulloch says that it suggests “something like ‘I’m so busy being totally absorbed by X that I don’t need to explain further, and you should know about this because it’s a completely valid incredibly important thing to be doing.’” Megan Garber, writer of an article in The Atlantic that tracks the evolution of because noun, remarks on the universal quality that the new usage allows for. “When I say, for example, ‘The talks broke down because politics,’ . . . I’m making grand and yet ironized claims, announcing a situation and commenting on that situation at the same time.”

Because isn’t the only word that the internet has made some structural changes to; the word fail is another great example. What started as a verb morphed into an interjection. FAIL Blog, established in 2008 and credited with spurring the new usage, became popular for its comedic coverage of the financial crisis. But its coverage expanded to include even a meme of a cow with its head stuck in child’s toy, with the word “FAIL” branded on the bottom of the picture. Since 2008, fail, the verb-but-sometimes-interjection, has taken on another part of speech: the noun. When Amazon pulled its gay and lesbian literature from its sales ranking, the public labeled the misstep “Amazonfail.” More examples of people’s changing use of fail are the new hashtags that criticize various news coverage: #NYTimesFail or #FoxNewsFail. Similar to the prepositional because, this evolution of fail as a noun suggests that the fail is self-evident; the brevity implies that there is no need to go into further explanation. In that same vein, its direct and decisive nature allows people to both categorize with authority and speculate with hyperbolic opinion at the same time.

When the internet connects billions of people together, it make sense that people’s language should become more decisive, yet hyperbolic. How do you stand out among billions? “Make grand and ironized claims.” Garber’s words hit on the change in the use of the word literally as well. According to Merriam-Webster, literally can now mean “figuratively.” The trend to exaggerate has officially made it into the dictionary.

With new technology, it’s unsurprising that language has morphed to grant (brief, if exaggerated) expression. Every time Facebook users login, they are greeted with the question, “What’s on your mind?” sitting in the status update bar, and with only so many characters available, they have to pack as much opinion into their posts as possible. But what’s really exciting is not how the internet is changing the way we speak, but the rate at which it is changing the way we speak.  I literally cannot wait until beeteedubs makes it into Merriam-Webster.

A prescriptivist would argue that, no matter how prevalent the usage of the words ain’t or irregardless is, they should not be recognized in the dictionary as proper words; likewise, the prescriptivist would say that if someone is disinterested, they are impartial or objective, (ir)regardless of the fact that many people might have a different idea of its definition. The descriptivist, on the other hand, is more concerned with looking at and documenting language, no matter the evolution it takes. If enough of the population recognizes ain’t or irregardless as a word, they would recommend a new entry in the dictionary.

The internet (as there is power in numbers) plays a large part in furthering descriptivism. Urban Dictionary, Wikipedia and Free Online English Dictionary serve to define all words in English parlance with no concern for if they are “legitimate” or “proper.”  In the digital age, the power of gatekeeping appears to be shifting from the prescriptivist to the public.