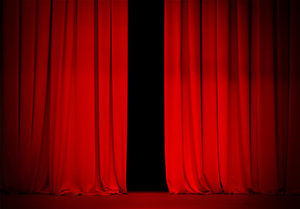 When asked to picture a high school play, most people probably see a shaky spotlight focused on a student standing in front of a backdrop painted on an old bedsheet, reciting lines dutifully—if somewhat unenthusiastically—and waving around a rubber prop for emphasis.

These days, you might see what I saw as a stage manager in high school. Productions have been getting bigger and more professional. Technology has made it possible for fortunate high schools to stage higher quality performances with advanced audio and light capabilities. Although the majority of schools do not have access to these resources, those that do are taking full advantage of their opportunities.

Coming from a relatively small town, my high school theater program was lucky to have a professional stage and strong community support, and we followed the same trend as many other fortunate high school musical programs, which has been taking the extracurricular activity to a whole new level. Students audition with more theater experience, some after years of voice or dance lessons. Some Broadway plays such as The King and I even come in “junior versions” for elementary schools. These versions have edited original material so that it is age–appropriate.

Students with the loudest voices (or, to be polite, with the best ability to project) are no longer guaranteed lead roles now that it is less expensive to use microphones. Theaters now also have the ability to program elaborate light and sound cues into a computer and change scenes in seconds.

While my high school’s ability to put on shows was facilitated more by our community than by our budget, some schools are reported as having spent more on theater than on the drama teacher’s salary. Some of this budget may go to acquiring permission to perform new plays. The licensing company Music Theater International (MTI) once made nearly all of its revenue from professional productions, but now makes $75—100 million annually from schools. For the programs willing and able to pay, MTI offers a $250 disc with recordings of lines and songs so students can rehearse anywhere, any time.

High school musicals have come a long way from students belting out the lyrics of songs from Oklahoma! on an echoing cafeteria stage. Time will tell if they evolve to the point of hooking Elphaba to a fly system for her flight from the Emerald City in Wicked.

Up until 2010, You Can’t Take It With You has always been in the top three of most produced plays in high schools. However, since 2010, it has only dropped to the fourth position indicating it is still a popular choice.