From Big-Screen to Broadway

From Big-Screen to Broadway 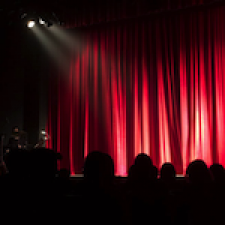 I have always loved musicals. Growing up, I would sing along to every Disney movie I owned, and in high school I joined the drama club and discovered Broadway musicals.

Broadway has recently looked to a different source of inspiration: the big-screen. There have been stage adaptations of film favorites Groundhog Day (1993), Anastasia (1997) and Shrek (2001).

One of my favorite musicals started as a movie as well. Legally Blonde: The Musical is fun, upbeat and perfectly captures the essence of its film counterpart. The characters in the musical are just as lovable and zany—possibly zanier—than the ones in film.

I was impressed with how the musical adds more depth to certain characters. Emmett reveals in the song “Chip on my Shoulder” that he grew up in Roxbury and worked multiple jobs to get himself through law school.

I saw a production of Legally Blonde: The Musical at the North Shore Music Theater a few years ago. My rants and raves about the musical convinced my mom—and entire extended family—to go, too. It was a lot of fun, and I hope to do that again someday.

The success of Legally Blonde has strengthened my excitement for more movies-turned-musicals and up next, I look forward to the musical adaptation of Mean Girls!