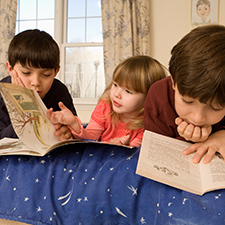 When I was younger, story time was arguably my favorite part of the day. My mom and I would sit on our living room couch as she read to me from the books I had carefully picked out at the library. On many occasions, a Dr. Seuss book would be in the mix, my favorites being The Foot Book and the more popular One Fish Two Fish Red Fish Blue Fish. On July 28, 2015 a new Dr. Seuss book was published: What Pet Should I Get? It features the same brother and sister from One Fish Two Fish, so fans of that book will be excited to see what those siblings are up to now. I know I would’ve been.

The manuscript for What Pet Should I Get? was only found recently and was published over twenty years after Dr. Seuss’ death. However, it is believed that he wrote the book between 1958 and 1962. So why wasn’t it published earlier? No one knows for sure. Dr. Seuss’ widow, Audrey Geisel, thinks he may have just forgotten about it. Simple as that. The late fifties and early sixties were a busy time for Dr. Seuss—with the publication of his other books and his growing commercial success, it seems likely that What Pet Should I Get? got lost in the heap.

However, now multiple generations—those who grew up on Dr. Seuss books and those who are just discovering his work—get to experience this “new” book together. The central plot of What Pet Should I Get? lies within the title: The siblings have the difficult decision of picking out a pet. By the end of the book, their choices are endless, with imaginary creatures that only Dr. Seuss could have conjured prancing across the pages.

Dr. Seuss revitalized children’s literature. Prior to Green Eggs and Ham and The Cat in the Hat, children’s books were often unappealing for young readers. However, once Dr. Seuss came onto the literary scene, children were more eager to read. They looked forward to the colorful pages and fanciful plot lines that he could offer them. He forced them to use their imagination and think about what they read.

Fortunately for young readers, What Pet Should I Get? is not the last to come from Dr. Seuss. There are a few more books planned for future publication due to additional material found in 2013. Better late than never.

Considering the popularity of The Cat in the Hat, it may not be surprising that Dr. Seuss, whose real name was Theodore Seuss Geisel, was an avid hat collector. He collected them for over 60 years and acquired several hundred hats from all over the world. In 2013, his hats were displayed in the New York Public Library in an exhibit called Hats Off to Dr. Seuss!