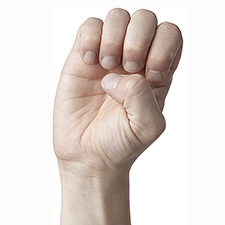 The first time I met my friend Ashley, we were playing a game in our speech communication class in which we assumed information about one another based on how we spoke. I figured out that Ashley, a native Arkansan, was from the South, and she could tell that I, a New Jersey native, was from the Northeast. If two deaf signers played the game, they would have the same results, because sign language has accents just like spoken language.

The idea of sign language accents is easy to understand once we think about what exactly an accent is: a distinct manner of expression of language, particularly among an isolated group of speakers. This group of people can be united by any number of factors, including geographical location, age, ethnicity and whether they’re hearing or deaf. There are over 130 distinct sign languages in the world; even within discrete sign languages such as American Sign Language (ASL), there are numerous accents.

Differences in accent within ASL can be measured by the speed of signing, much like the speed of speech in hearing accents—slower for Southerners, faster for Northerners. There are other clues as well. For example, New Yorkers are known to use more slang, and Southern signers touch their lower face and chest more. There are even words signed differently throughout the country, such as picnic and hospital.

Among the signing community, accents also signal a signer’s experience with sign language. Native deaf signers can often tell the difference between an interpreter, a native signer and a post-lingual learner just by their accent. According to Handspeak—a blog by ASL instructor and ASL literary artist Jolanta Lapiak—signers can even distinguish between hearing and deaf signers. “Hearing signers have a certain accent. It is rare that signing of a fluent hearing signer looks like that of a native deaf signer,” Lapiak explains.

Sign language accents also help people relate to one another within an ethnic group. Carolyn McCaskill, a professor of deaf studies at Gallaudet University, experienced this firsthand as a deaf black child in Alabama. In 1968, when she and other black students enrolled in an integrated school for the deaf, they realized that Black ASL was very different from the ASL their classmates were using. Entire words are signed differently, and Black ASL uses a larger signing space for bigger motions and increased body language. Many black deaf students today find Black ASL important to their identity as members of the black deaf community. “It shows our personality,” says Dominique Flagg, one of these students.

There is a common myth that there is a universal sign language that all deaf people can use to communicate with one another. But, like spoken language, there are many languages and many accents. Accents are important markers of experience and identity, allowing people inside and outside of different cultural groups to share information and make connections.

Subcultures as small as a single family can share an accent! The Brown family of the popular Discovery Channel show Alaskan Bush People has lived in remote areas of Alaska for years, almost entirely isolated from other people. In that time, they developed a unique accent and dialect among themselves, including idioms that only make sense within the family!