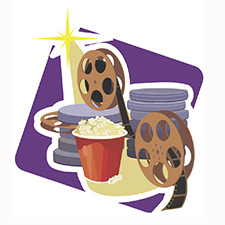 Countless psychologists and Disney fanatics have studied the science and psychology behind Frozen’s success since its release in 2013. What about this film in particular makes it so irresistible to adults and kids alike?

Frozen is certainly one of the Disney movie giants: It’s the fifth-highest grossing film of all time, earning $1.2 billion worldwide, and it has won two Academy Awards, a BAFTA and a Golden Globe. The film follows the three major factors of media success as put forth by Barry Litman, an economist at Michigan State: its content, scheduling (just in time for winter, released in November 2013) and marketing. The undeniable hype surrounding Frozen’s prerelease contributed to these factors, as well as its relatable nature and wide audience.

George Bizer of Union College in New York conducted a study aimed at college students to discover various reasons they found the film appealing. One prominent answer cropped up: Students identified with Elsa in that she is flawed. Some students interpreted Elsa’s struggles in the context of gender and sexual identity, while others saw a desire for social acceptance. The film also subverts stereotypes common in children’s films: Frozen’s focus is not Anna’s romantic relationship with Kristoff, but rather her sisterly love for Anna; the “Disney prince” Hans is evil; and Elsa’s magical power is hailed as good rather than bad. Frozen also passes the Bechdel test, a gauge for films that, for a passing score, requires at least two women who interact with each other and talk about something other than men.

Maryam Kia-Keating of the University of California Santa Barbara and Yalda T. Uhls of UCLA further review the science behind this attraction to Frozen. They write that Elsa’s seemingly uncontrollable powers frighten her, and her struggle to accept those powers is emotional. Similarly, children are often driven by their impulses and feelings. Children have also responded positively to Frozen’s sense of magical realism displayed in Elsa’s magic; children have active imaginations, and through these imaginings, they imbue their worlds with adventure and excitement. It doesn’t hurt either that Frozen’s token sing-along song, “Let It Go,” is both moving and catchy.

Journalist and filmmaker Bilge Ebiri picks up on these factors. He says that Frozen is popular because it captures the classic Disney spirit with an old-fashioned fairy-tale story, captivating visuals and witty songs. While nodding to classic Disney, the film also looks to breaking children’s film tropes by including two Disney princesses and defeating the magical villain cliché.

Altogether, this film was a hit, not only because it captured the magic and spirit of a true Disney film, but also because its focus is forward-looking in both visuals and content.

Disney has a habit of hiding its characters in movies other than the ones in which the characters feature as stars. For example, in Aladdin, the Genie briefly changes his head to look like Pinocchio, Monsters Inc.’s Sully features as a Celtic wood carving in the witch’s hut in Brave, and The Lion King’s Scar appears as a lion skin in Hercules. These are only a few of the Easter egg appearances that Disney characters make within movies; there are many others.