Cracking the Code: How Anyone Can Break into the Tech Industry

Cracking the Code: How Anyone Can Break into the Tech Industry 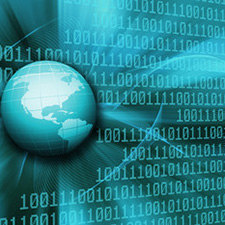 Can you honestly imagine a world without technology? Well, some might have an easier time imagining it, but the fact remains that technology is so ingrained in our culture today that we wouldn’t even know how to live our lives without it. Despite this, most users don’t understand the foundations behind the programs and websites they use every day, though a consensus is slowly being reached that more people should have the opportunity. Our own Ken Scherpelz wrote a blog post about a nonprofit’s initiative designed to teach programming to students of all ages. United States Chief Technology Officer (CTO) Megan Smith believes schools should teach students how to write code as early as the second grade. And many seem to feel that students learning programming need not be limited to school-age individuals.

Why is the push for programming instruction generating so much interest? Much of it has to do with the increased job market for technology experts. Now that the economy has started to improve, companies of all types find themselves in need of employees with a background in coding. With this increased demand comes an increased need for code training, both for those seeking to get into the field and those who need to bring themselves up to date. As a result, some unique programs have started cropping up.

In the San Quentin State Prison (SQ) in California, the nonprofit The Last Mile has created a “coding boot camp” called Code.7370, where 18 inmates learn the skills necessary to become entry-level web developers. Many of them have been in prison long enough to have missed the start of the technological revolution or didn’t have access to computers before their incarcerations began. As such, some of the students go from having never touched a computer to being able to build a website. The program is meant to address the issue of recidivism, or a relapse into criminal behavior, which is at a national high of 61 percent. Upon parole, The Last Mile helps its former students get paid internships and, eventually, jobs.

Of course, SQ is not the only establishment offering coding programs. For years, online courses have existed that teach everything from making websites to using JavaScript. Most of these programs, such as Pluralsight, Thinkful and General Assembly, require a tuition that can range from $29 a month to several thousand dollars per course. However, because of the growing need to bridge the skills gap, many nonprofit organizations such as Codecademy and LaunchCode (partnered with PluralSight) have also been developed to bring the best courses to those who can’t otherwise afford them.

As seemingly necessary as technology is, it can also be incredibly intimidating when looking at it deeper than the surface level almost all consumers use. But with all of the resources now available, learning to code can be affordable, fun and as easy as 00110001, 00110010, 00110011.

As old-school as it may seem, coding can be learned non-electronically. There exist several tabletop games designed to help younger children learn the basics of coding. For ThinkFun, it’s all about figuring out what coding means for a preschooler. In the case of the game Robot Turtles, it’s “about sequencing instruction by instruction and then being able to recognize the consequences.” Another such game is Code Monkey Island. Both games help children develop their cognitive skills, learn how to apply logic and apply a mental framework.