College Journalism in the Digital Era

College Journalism in the Digital Era 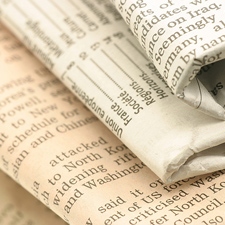 As the internet becomes increasingly ubiquitous and digital overtakes physical reading material, the field of journalism has had to adapt to retain both readers and profits. In my 2015 spring semester at Tufts University, I served as a managing editor of my school’s newspaper, the Tufts Daily, and I can attest to the fact that we, like many other university and professional papers across the country, are in a period of turbulent change. In this year alone, we revamped our website, bumped up our social media presence, and developed a new system for covering and promoting breaking news. As journalism changes, college newspapers and university journalism curricula change with it; the trend toward online journalism is reflected on university campuses everywhere, as all journalists must re–imagine their craft in a digital world.

Multimedia content has become an integral part of journalism and, accordingly, it is being emphasized in journalism programs nationwide. For example, a few years ago the University of Texas at Austin’s School of Journalism abolished its concentrations—print, magazine, photojournalism, multimedia and broadcast—in favor of a holistic approach to digital journalism. When using visual and audio components proves so vital to modern journalism, specialization loses its value—today’s journalists have to be able to do it all.

According to a study by the American Journalism Review (AJR), there are a number of areas and skills on the rise in journalism programs. Sports journalism is growing rapidly, as is data–driven journalism. Skills in both data analysis and data visualization are becoming increasingly important, as the latter has proved an effective way of engaging readers. Many programs and professionals are also using new technologies, such as drones and Google Glass eyewear, to help with reporting. Audience analytics is also an invaluable tool for publications.

Social media has also become a vital part of journalism, especially for engaging the young audience that is a college campus. BBC News states that it uses social media as a tool for finding news and information, reaching readers, and promoting its content. It also mentions, however, a number of issues with social media—including privacy, anonymity and ethics. After helping run the Tufts Daily last semester, I understand the double–edged sword of social media: It is wonderful to have such a way to reach readers, but things can easily get out of hand when a reporter is live tweeting as quickly as possible, or students respond with angry or hateful comments.

As many daily print papers run into financial troubles and begin to favor a mostly or entirely online presence, some college newspapers are picking up the slack. For example, the University of Michigan’s daily paper also stands in as the local print paper for Ann Arbor, since the town’s own daily paper switched to printing only two times a week (with additional material online).

Technological advances have broadened the scope of what journalism can be, and while it may be difficult to adjust to its ever–increasing demands, this new age of journalism is certainly an exciting one to see.

In 2013, the Pew Research Center found that there are more college and university newspapers in the United States than daily professional papers. And these academic programs are producing real news. Arizona State University students create pieces that are distributed to over 30 news organizations around the state.