Checkmate! Chess Class Could Be Coming To Spain

Checkmate! Chess Class Could Be Coming To Spain 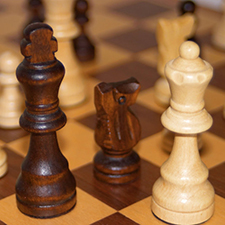 Math, science, languages—these are the subjects we tend to consider standard required courses for students, both in the United States and in other nations. Well, Spain could soon be adding a new one: chess may become a compulsory subject for students.

In 2012, the European Parliament endorsed the Chess in School program, calling on each European Union (EU) member state to encourage the introduction of the program into its educational system. In February 2015, nearly all of Spain’s Congress supported a resolution that would bring Chess in School to the Spanish education system. Pablo Martín, the Socialist party (PSOE) deputy in charge of defending the initiative, claimed that chess “increases strategic abilities and memory, teaches you how to make decisions under pressure, and foments concentration, among many other qualities. And the financial cost is very low.”

While the agreement is not legally binding, it is a “serious political commitment, especially because it was unanimous,” according to the Socialist spokesman in Congress, Antonio Hernando, and the education spokesman, Mario Bedera. The next step toward making the agreement official is to bring up the issue with the Education Ministry’s Sectorial Committee, whose decision will be binding.

Spain is not the first country to consider adding chess to its curriculum. In 2011, Armenia became the first country to make chess compulsory in school for second, third, and fourth graders. Armenia is clearly a country that takes chess seriously; they have produced more than 30 chess grandmasters and have won three of the past five Chess Olympiads! Judit Polgar, a Hungarian chess grandmaster, has also been successful at getting chess into schools. Her Skill-building Chess subject has been available for elementary schools in Hungary since September 2013.

Several studies have been conducted evaluating the impact of chess on school students. One study published in Italy in 2012 found that students who play chess as an extracurricular activity have improved cognitive abilities, a higher capacity for coping and problem solving, and better socio-affective development. Another study from Italy conducted in 2011 found that learning chess as part of third grade studies increased math achievement in students.

In the United States, any officially recognized chess in school is pretty much still restricted to the chess club. But if more and more European countries begin to adopt chess as a part of their curricula, who knows? Maybe one day our students will be practicing their chess moves along with their math homework.

The second book ever printed in the English language was about chess! Its title was De Ludo Scachorum (Latin for About the Game of Chess). The book was written by Frà Jacopo de Cessole (Jacob Cessolis), a Dominican friar, sometime between 1275 and 1300. It was translated into French in 1347; over 125 years later, in 1474, the book was translated into English and printed by William Caxton.