Can a “Math Person” Learn to Love Shakespeare?

Can a “Math Person” Learn to Love Shakespeare? 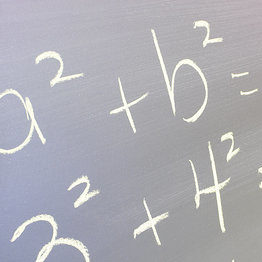 “The difference between arts and sciences is not analytical versus intuitive, right?” That’s what Mae Jemison, the first female African American to travel in space, questioned during her 2009 TED talk. Both a NASA astronaut and a dancer, Dr. Jemison has lived her life in the crossroads between art and science. The fact that she didn’t view career choice as an either-or situation between the two disciplines is precisely what allowed Dr. Jemison success in her field. By understanding the intimate relationship between artistic and scientific thinking, Jemison and other such scholars demonstrate the vital interconnectivity between analysis and intuition. Jemison remarks that Einstein once said, “The most beautiful thing we can experience is the mysterious. It is the source of all true art and science.” Turns out, the mysterious is not the only similarity between the two.

According to a recent study published in the journal Nature Communications, about half the genes that influence a child’s math ability also influence their reading ability. In the study, 2,794 twelve-year-olds, each a member of a twin pair, were analyzed through standardized testing. Researchers compared the correlation between genetic properties and test results by studying numeracy and literacy abilities of both twins, whose genetic makeup is the same or similar, and unrelated participants, whose genetic makeup is different. Researchers also analyzed the participants’ DNA with the intent of honing in on a particular set of genes that could be attributed to math or reading capability. However, no particular gene set emerged. Robert Plomin, professor of behavioral genetics at King’s College London and one of the authors of the study, speculates that this could be because thousands of genes may be involved in helping to shape these abilities.

Plomin feels further research will help us understand how we can shape our educational system to recognize and work with different genetic propensities. “Heritability does not imply that anything is set in stone,” he says. “It just means it may take more effort from parents, schools and teachers to bring the child up to speed.”

Indeed, if education is to be cohesive and beneficial to students of all learning levels and areas of interest, the arts and sciences should go hand-in-hand in learning, just as they do genetically. The divide is often treated as a strict choice: Either you play piano and write poetry, or you solve algorithms and write lab reports. This sentiment is reinforced through the idea that every student must find their one “area of expertise” upon which to focus.

With an actuary for a dad and a scientist for a mom, I oft felt a little unwise in my pursuit of English. Because my parents’ occupations and my studies appeared so disparate, I struggled to settle on my own niche. I refused to pursue anything mathematical because I felt I was following in my parents’ footsteps. As I continued my English endeavors, the choice became less of a decision and more so a bounded literary track. I began to feel restricted, and although I felt that I’d found my personal niche, I regretted that math was becoming obsolete to my studies. I realized that math was something I truly enjoyed (although I can probably never say this to my dad, lest he force me into the actuarial sciences.)

The point is this: Although I came to realize that I wanted to pursue English in some form, I also understand that math, science and even engineering fascinate me in ways that are both entirely different than my passion for language—and yet very much the same. No, I don’t want to be an actuary. But that certainly does not mean I need to hate math!

Now that I’m pursuing both English and architectural studies majors, I realize that my mathematical and literary interests are actually not that different. Both explore information and sensations the world gives us and attempt to rationalize, analyze or perhaps just revel in the puzzle. Like Dr. Jemison, I truly feel that each of my areas of study benefits from the acknowledgment of an alternative perspective. When I think of the beauty created from an engineered building or the precise calculations behind a dancer’s routine, I understand that the arts and sciences are inextricably combined. So . . . is there really such a large difference between a linguistic and a mathematical expression? As the phrase goes, “2B or not 2B?” Maybe Shakespeare was a mathematician in disguise after all.

Besides being an astronaut, Dr. Jemison is also a physician, a Peace Corps volunteer, a teacher, and a founder and president of two technology companies. Currently, she takes an active role in education. In 1994, Dr. Jemison founded The Earth We Share (TEWS), which promotes science literacy for students and teachers worldwide. The program is a four-week residential camp that brings students from around the world together with teachers and college interns to solve real-world problems.