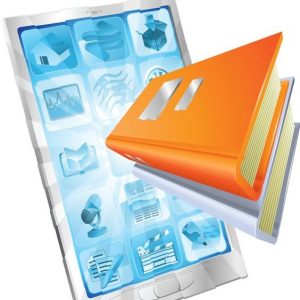 As someone who has only been out of high school for three years, I can attest to the fact that students get distracted by their smartphones. I remember all the old tricks: texting while your phone was in your bag, sending covert Snapchat pictures from under your desk, asking to go to the bathroom so you could use your phone. Now, some schools are bringing the smartphones out of hiding and into the open. Bring-your-own-device (BYOD) programs intend to use smart devices for their untapped educational value, while at the same time eliminating the distractions they can otherwise become in the classroom.

Smart devices can make students more attentive and eager to learn. The concept has been successfully implemented in Durham Public Schools (DPS) in North Carolina, which have dubbed the program Bring Your Device to School, or BYDS. Elizabeth Agoranos, a sixth grade language arts teacher who tested the program in her class, notes that “it makes their instruction more individualized and more student driven.” She also says her students were more focused and engaged, and when their once-banned smart devices became acceptable to use, they became less of a distraction. It also doesn’t hurt that some schools, including those in Durham, provide wireless connectivity that can limit student access, resulting in less time spent on non-educational functions.

Research shows that students already use their smart devices to learn at home. According to a 2012 study that was done for the Verizon Foundation by Teen Research Unlimited, 39 percent of middle school students used smartphones for homework, but only 6 percent of those students were allowed to use their smartphone during school hours. Teachers who want to change those rules are now making use of such devices in any number of ways, from having students search the internet for vocabulary words to using educational apps to presenting course content on a platform already familiar to students.

Another residual benefit of the program is that it frees up school-owned equipment for students who do not have smart devices. This has already proven to work in Durham. One of the schools’ technology facilitators, Laura Fogle, notes that the school already owns a large amount of technology, but nowhere close to a one-to-one ratio. “What this initiative will allow us to do, for all our students, is reduce that ratio so that there will be fewer students sharing the same devices,” she explains.

Schools like those in the DPS district are paving the way for widespread implementation as they overcome logistical issues like creating broadband networks for lots of students to connect to at once and making in-class (or, in the case of DPS, district-wide) rules that keep the devices from becoming distracting. Most schools first test the programs with a pilot class before moving to larger-scale implementation. Once the kinks are ironed out, all signs point toward the success of programs like BYDS. This approach can lead to effective learning that bridges students’ interest in technology and their education.

The familiar Apple vs. Android debate extends beyond personal smartphone preferences among friends. As schools allocate part of their budgets toward smart devices, a discussion has evolved regarding which operating system (iOS, Android or otherwise) should be used for tablets in education. According to wireless network and security company SecurEdge Networks, each type of device has its own educational benefits and drawbacks. While iPads tend to be more user-friendly and have access to more apps that are updated more frequently, they usually have a higher price tag than their Android-powered competitors. However, both operating system types get good security ratings, which is also very important for education.