Beauty and the Remake

Beauty and the Remake 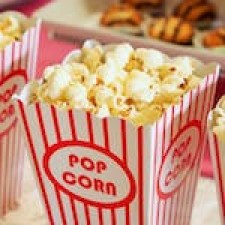 When I was little, I would have Disney’s Alice in Wonderland, The Little Mermaid and Beauty and the Beast playing on loop. I watched those movies so often, I’m sure even my mom could quote them verbatim.

Recently, Disney has been reimagining these classic tales as live-action; replacing animation with actors. So it was no surprise that I was thrilled when Disney released their adaptation of Alice in Wonderland in 2010.

The 2010 version wasn’t bad as a standalone film, but it couldn’t compare to the magical quirkiness of the original. I was left disappointed. It just didn’t hold the same enchantment as its predecessor.

When the live-action Beauty and the Beast was announced, I was much more skeptical. My hesitation grew with every cast report and photo release. I almost expected to be disappointed.

Instead, the remake held the magic of the original. I was enthralled by the music, cast, CGI, everything. The cast was especially incredible. Luke Evans and Josh Gad were the perfect Gaston and LeFou, respectively. It was the Beauty and the Beast of my childhood.

The sheer perfection of Beauty and the Beast has restored my excitement for Disney’s live-action remakes. I’m definitely looking forward to the upcoming remakes of Aladdin, The Lion King and Mulan!