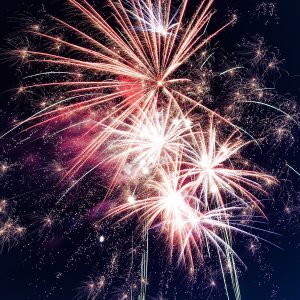 With Boston’s role in the country’s path to independence, it’s not surprising that the city hosts one of the nation’s most beloved Fourth of July celebrations. Every year, the Boston Pops Orchestra takes center stage at the landmark Hatch Shell to usher in a fantastic fireworks display with live music under the conducting of Keith Lockhart.

Lockhart has been conducting the Pops since 1995 and is the successor to several conducting greats like John Williams (yes, that John Williams) and Arthur Fiedler. Fiedler is responsible for introducing pop music to some of the orchestra’s concerts, which became known as “Popular Concerts,” eventually shortened to just “Pops” in 1900. He is also responsible for organizing the first free Charles River Esplanade concerts, the home of the Hatch Shell.

Today, the Boston Pops Fireworks Spectacular is broadcast worldwide and inspires about half a million people each year to flock to the Charles River Esplanade for the celebration. This year, the Independence Day tradition hosts an all-female lineup of performers, including Rachel Platten, the Indigo Girls and Rhiannon Giddens. Academy Award winner Rita Moreno will also be performing as a part of the Boston Pops’ centennial tribute to Leonard Bernstein. But the best part of the night? The 20-minute Fireworks Spectacular, which lives up to its name every year.