Why Learning a Second Language Should Start Young

Why Learning a Second Language Should Start Young 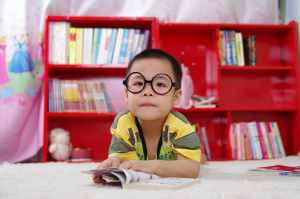 Before coming to college, I took six years of French—and I have since forgotten nearly all of it. Most of the students in my high school didn’t even get that far, though. Foreign languages were only offered—not required—in middle school, and there was only a two-year arts graduation requirement in high school, which could—but didn’t have to—be fulfilled by taking a language course. After my sophomore year, half of the students in my French class left. From my perspective, it seems as if we were introduced to a new language too late in life, and my fellow students saw it as too difficult and simply not fun.

It’s become relatively accepted that it‘s easier for children to start learning foreign languages at young ages, but there are also numerous cognitive benefits. Even at the kindergarten level, bilingual children perform better than monolingual children when it comes to attention and cognitive control. Interestingly enough, because they speak multiple languages, these children have to work harder to suppress one language when speaking in the other, which exercises control. And these are just the immediate benefits; early research suggests that the more developed cognitive systems that bilingualism creates can help protect people against Alzheimer‘s, or at least slow its progress.

In order to take advantage of these benefits, many schools are implementing immersion language programs in which students speak, read, write and learn in a language different from their native one. In Moline, Illinois, for example, the Lincoln-Irving Elementary School has created a dual-language immersion program that not only teaches the kids Spanish but also makes them excited about it. “It’s making me smarter for English and Spanish both,” said kindergartener Xavier Aguilera. His mother also reports him speaking and reading in both languages at home.

Lincoln-Irving’s students receive about 80 percent of instruction in Spanish, starting at the kindergarten level. That number evens out to 50 percent by the time the children are in the fifth grade. Leslie Perkins, a kindergarten teacher, noted how she sees her students having to think more. By having to process the language they’re hearing, learning and speaking, they are putting more attention into their studies. The children are also learning more about other cultures as a part of the immersion program.

In this way, learning a foreign language early can provide lifelong benefits beyond the cognitive level. Bilingualism challenges students in the ways they learn, and the skills they develop can be carried into other areas of their lives. It also helps remove language barriers between students, both immediately and in the future, especially in mixed-language, multicultural communities. Immersion programs open the way for collaborative learning in this sense, allowing students to interact and rely on each other to find understanding in the lesson and in the language.

While there are many distinct advantages to learning young, you can never be too old to learn a new language! In fact, the older someone is, the easier it will be to pick up a new language’s vocabulary due to the extensiveness of their native vocabulary. However, depending on age, it may be more difficult to pick up the syntax and grammar of that language due to the decreasing neuroplasticity of the brain. But the health benefits are worth it; studies have found that bilingualism can delay the onset of dementia, among other diseases.