To Adapt or Not to Adapt: Best Shakespeare Adaptations

To Adapt or Not to Adapt: Best Shakespeare Adaptations 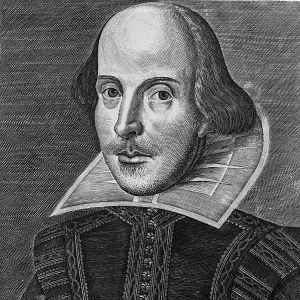 Did you know that Shakespeare is the most adapted author in history? There are over 400 feature film adaptations of Shakespeare’s famous plays. They say that Shakespeare stands the test of time, and to save you some time from shuffling through every adaptation, here are a couple of my personal favorites.

10 Things I Hate About You
This retelling of The Taming of the Shrew is set in a 1990s high school and tells the story of Patrick, a bad boy with a charming accent, who is tasked with getting the stubborn and intimidating Kat to date him.

West Side Story
There are countless Romeo and Juliet adaptations, but my personal favorite has to be this musical-turned-movie about a boy and a girl from rival gangs who fall in love in 1950s New York City.

She’s the Man
The comedy Twelfth Night gets a makeover in this teen flick starring Amanda Bynes as Viola, a sporty girl who impersonates her twin brother in order to infiltrate his prep school’s boys’ soccer team.

Bonus: To Be or Not to Be
Not a direct adaptation, but this 1940s comedy follows a theater troupe as it puts on a production of Hamlet in Nazi-occupied Warsaw.

What are some of your favorite films inspired by the Bard?

About the Author: Alison Bellarosa

Alison was a 2018 Summer Intern at PSG. She lived in a castle while studying abroad, which may explain her love for historical fiction about different royal families.