Time’s Up for Times New Roman

Time’s Up for Times New Roman 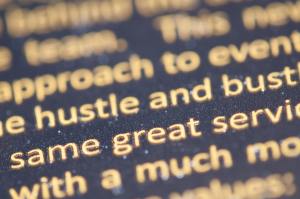 Time to move on, typography. There are better fonts out there for you than near-centennial Times New Roman.

Times New Roman has endured a long lasting legacy since its first use in print in 1931. Designed by Stanley Morison as the body typeface for the British newspaper The Times, Times New Roman has since been adopted by publishers, teachers and writers of all walks alike. Yet as publishing and the typeface aesthetic continue to modernize and develop, how can we be sure the staple font will endure as “the most famous typeface in the world”?

Since its rise to fame, Times New Roman has fallen out with companies that once championed its didactic design. It was exchanged with Times Classic and Times Modern in The Times in 2006 and removed as the default font for Microsoft Office shortly after. Neville Brody, creator of Times Modern, says of his new font’s development, “We were building in a new sense of modern Times [the font family] history. In fact, no typeface is immune to history; the technology forces changes.”

It is precisely this idea that Microsoft Office embraced in 2007, when Calibri replaced Times New Roman as the suite’s default font. Senior program manager at Microsoft, Joe Friend, led Microsoft’s programming team in the modernization of Office’s typefaces for the digital age. Embracing forward thinking for the early twenty-first century, Friend “believed that more and more documents would never be printed but would solely be consumed on a digital device.” Before the rise of iPhones, Kindles and other tablets and gadgets, this idea of mainly digital consumption was a controversial one, so it was a progressive, if not risky, decision for Microsoft to make such a change to their aesthetic solely based on postulations of future print. Looking back, Friend and his team’s foresight was indeed accurate. As the twenty-first century continues to be defined by burgeoning digitalization, Times New Roman is left behind with other serif texts, too traditional and superfluous for modern readers.

Perhaps the widely used font is markedly boring and apathetic. Or, perhaps, it demands authority and truth. We recognize it as the commonly used vehicle through which we read printed texts, but have we just become accustomed to its regular usage because publishers are keen on printing with it? In fact, publishers can save money if they print in Times New Roman; since it is a slightly narrower font than many classic typefaces, publishers reduce the amount of paper necessary to print publications. It was for precisely this reason that Times New Roman was developed as a newspaper font. Capable of fitting long articles into narrow columns of text, Times New Roman served its ideal purpose in newspaper print form.

In today’s digital age, however, space is no longer a primary issue, since webpage text takes up so little storage space, and there is no additional cost for an extra amount of digital text on one’s own website. Rather, the imperative for typefaces today is readability. Microsoft changed its default font to Calibri because it uses ClearType technology, which has been designed for LCD computer screens. In general, the use of sans serif fonts in publishing has grown with the rise of digitalization. Fonts for mobile devices reflect this as well. Helvetica Neue UltraLight is the default for Apple’s iOS 7. Google first used a font called Droid on its Android operating system, and then in 2011 designed its own font, Roboto, to maximize digital readability. If digital corporations rule modern day typography choices, it seems Times New Roman and its serif compatriots are out the door, only to be used for specific and artistic choices.

Maybe I’m a sucker for antiques of any kind, or maybe I’m just stubborn. They say “love has no reason,” and maybe I don’t have many valid reasons anymore in the digital era to still be hung up on Times New Roman; but I like my classic go-to serif font. Some people like the bubbly simplicity of Cambria, and some even like the goofy casual scrawl of Comic Sans (but let’s not go there). Still more love the rigorous tradition behind a monospaced, typewriter-like font such as Courier. Yet despite the number of font choices available on my Word program, I continually find myself drawn to Times New Roman. It is clean. Classic. Not too big and not too small (unless you mess with the point size, of course). You might say it is my “just right” bowl of porridge, perfect in every way and for most every occasion. Readability and digital age aside, people will always have their favorites.

Information on the go is growing more and more popular. According to digital publishing statistics compiled by CMO.com (Adobe’s marketing information newsletter), “digital magazine subscriptions now outsell single issues three to one.” It’s hard to tell whether the constant outpour of information from our mobile devices makes us more or less avid and attentive readers, or whether we just skim news while scrolling through social media pages, not really processing any of it. Although many people still prefer print copies of news sources to digital forms, news and entertainment via mobile or digital devices certainly seems to be becoming increasingly popular, especially for younger generations.