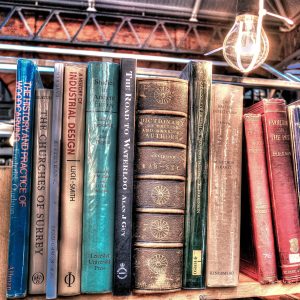 The 36th Boston International Antiquarian Book Fair will be held at the Hynes Convention Center, Boston, from Friday, November 14, through Sunday, November 16. There will be 134 dealers attending from the United States, Canada, Denmark, England, France, Germany, Hungary, Italy, the Netherlands and Russia. These dealers will be selling a large trove of rare, collectible and antiquarian books, illuminated manuscripts, autographs, maps, atlases, modern first editions, photographs, and fine and decorative prints. It is sponsored by two of the world’s foremost antiquarian book organizations, the Antiquarian Booksellers’ Association of America (ABAA) and the International League of Antiquarian Booksellers (ILAB).

For over two decades, the fair has been held in the Back Bay’s John B. Hynes Veterans Memorial Convention Center. Prior to that, it was located at the Park Plaza Castle—an old armory located at the intersections of Arlington Street, Stuart Street and Columbus Avenue, just under a mile from the Hynes. The fair is now second in size and prestige; only the New York International Antiquarian Book Fair, which is rapidly approaching its 55th year, tops it. (The next fair in New York will be held April 9–April 12, 2015.)

I started attending the show in 1989, the same year I moved to Boston. In those days, it was a tweedy affair, held within the insular and highly competitive—yet generally collegial—antiquarian book trade. Exhilarating as it was for me to be there, it was also, literally speaking, stuffy and hot in that old armory, with each of the tightly packed booths fitted with what seemed like stadium-strength Klieg lights beating down on the crowd of attendees, who in addition to getting suntans, were craning their necks and squinting to read book titles on spines.

At that first fair, I found a 1937 limited edition copy of Yankee Bookseller, by Charles E. Goodspeed, who just so happened to be the father of my employer at that time, George T. Goodspeed. George was the successor to his father as head of their antiquarian bookselling firm located at the top of Beacon Hill. I recall it was priced at $120, a lot of money then (and still is now), but I knew I had to have it. I brought it back to the apartment I was sharing with some Boston College students in a Brighton triple-decker and reflected on my savvy and good fortune. The next day, I told Mr. Goodspeed about it, and he immediately said he wanted it from me! I was unaware he was collecting copies of it himself. But shortly after, he relented, and I still have that book today. It’s one of the jewels of my own collection, and it always brings back fond memories of my days as an apprentice at Goodspeed’s.

On the other hand, the spacious and modern Hynes venue resembles more of an airport or a hotel, with its network of escalators, freight elevators and generic-looking potted plants stationed throughout the second level, where the fair occurs. There are satellite rooms off the second floor’s main hall where author talks are given, and where, on Sunday, from 1:00–3:00 p.m., attendees can receive a complimentary appraisal of their own treasures by respected ABAA and ILAB book dealers.

Talks and seminars will be given throughout the weekend, by, to name a few, Peter Drummey of the Massachusetts Historical Society and Michael Volmar of Fruitlands Museum. The Annual Ticknor Society Collectors’ Roundtable, a panel discussion consisting of collectors talking about their collections, will also be featured. This year’s topic is called “Ephemera!” and will address what ephemera is and why it’s important to collectors, and will also include samples.

Among the highlights being brought to the fair this year are rare and first editions of works by Charles Dickens, Raymond Chandler, Louisa May Alcott, Gabriel García Márquez and Charles Darwin, to name a few. Also making appearances are a 1789 proclamation from President Washington declaring Thanksgiving a national holiday—valued at over $8 million; a complete collection of Sir Arthur Conan Doyle’s original Sherlock Holmes stories from The Strand Magazine; Play Ball: Stories of the Ball Field by Mike “King” Kelly, a member of the Boston Beaneaters in the late nineteenth century; and Mick Jagger’s handwritten lyrics for his 1987 song “War Baby.”

Rare books can fetch a serious fortune. Da Vinci’s Leicester Codex—his personal notebook detailing his ideas and observations, also known as the Hammer Codex—and John James Audubon’s The Birds of America—a book containing hand-painted illustrations of a very wide variety of bird species found in North America, including six species that are now extinct—are two of the most expensive books ever sold. In 1994, Bill Gates purchased Da Vinci’s Codex Leicester for a colossal $30.8 million. In 2010, a copy of Audubon’s The Birds of America sold for a record £7.3 million ($11.5 million). But books don’t have to be hundreds of years old to sell for millions. In 2007, Amazon bought a handwritten and hand-illustrated copy of J. K. Rowling’s The Tales of Beedle the Bard—which, according to Rowling, is “a distillation of themes found in the Harry Potter books,” and of which there are only seven original copies in existence—for £1.95 million ($3.98 million).