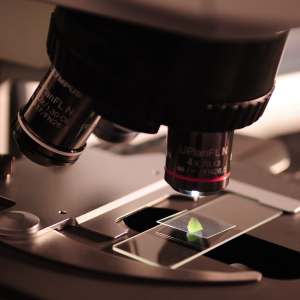 Many American students are overwhelmed at the thought of education beyond the high-school level, particularly when confronted with the idea of having a STEM-based job. STEM is the acronym defined as “science, technology, engineering and math,” and majors leading to careers in these fields, despite encouragement by educators and administrators, are not seeing the growth necessary to sustain the future workforce.

In an article from The Atlantic titled “The Innovators Who Are Transforming US Education,” the theory being presented is that high-school students are not being taught the necessary skills to prepare them for higher education; therefore, they are dropping out at an increasing rate. Similarly, an article from The New York Times called “Who Says Math Has to Be Boring?” states that “nearly 90 percent of high-school graduates say they’re not interested in a career or a college major involving . . . STEM, according to a survey of more than a million students who take the ACT test.”

Even with the prospect of more STEM-based jobs in the future, students are not motivated to apply out of fear or, simply, lack of interest. According to The New York Times article, “Within five years, there will be 2.4 million STEM job openings.” The reasoning behind students’ disregard toward STEM varies, but one of the main factors is that student interest in these subjects isn’t maintained from kindergarten through high school because of “outdated curriculums” or “teachers who have no particular expertise in the subjects.”

However, there are a few educators who are trying to make the bridge between high school and college less tumultuous by creating programs dedicated to providing students—especially female students and those who are underprivileged—with STEM skills while in high school. One of these programs is called Project Lead The Way (PLTW), and it was founded by former high-school principal Vince Bertram as a method of “providing middle and high schools across the country with rigorous STEM education curriculums.”

The results speak for themselves. Programs like PLTW are lessening the education gap in the United States by prepping students with essential hands-on skills that greatly prepare them for a tertiary-level education.

While PLTW is clearly beneficial to students, the problem lies with implementation. I’m not certain that all schools will want to revamp their curriculums, especially if it continues to work “well enough” for them and produces students who are excelling post-graduation. Furthermore, schools may not have the time or resources to train teachers in this new curriculum. Although the participation fee for PLTW is waived for participating schools, it does not include “Teacher Core Training costs and related expenses; equipment and supplies, including annual consumables; unlimited print materials; [and] any outside services (e.g., fees for Industry Certification [Certiport]).”

How can programs like these be put in place without putting financial strain on schools that may already be struggling with budget issues? While the intent to better educate students is there, these programs cannot possibly be implemented into every high school in the nation that hosts an underprivileged student population.

Historically, it has been shown that the majority of underprivileged high-school students attend schools that are struggling financially. These students often aspire less to tertiary education than students who are attending a well-funded high school. “The United States is one of few advanced nations where schools serving better-off children usually have more educational resources than those serving poor students . . . ,” states The New York Times article “In Public Education, Edge Still Goes to Rich.”

Overall, these programs create a much-needed increase in STEM education . . . but how do we provide this to the students who need it most without creating a financial burden?

According to David Coleman, president of the College Board, spring 2016 will welcome a modified version of the SAT. Coleman stated the standardized test, along with its main competitor, the ACT, had “become disconnected from the work of our high schools.”

Some of the changes to the SAT will include making the written essay portion—required since 2005—optional; removing the guessing penalty, which deducts points from students for incorrect answers; and returning the scoring to a 1,600-point scale that is based on math and “evidence-based reading and writing” categories, worth 800 points each. The optional essay will have a separate score.

Furthermore, Coleman plans to initiate a program to aid low-income students by providing them with waivers to apply to up to four colleges for free. He is certain that these new implementations will be beneficial, “reinforcing the skills and evidence-based thinking that students should be learning in high school, and moving away from a need for test-taking tricks and strategies.”