Speaking of Speaking: The Hype Behind Hyperpolyglots

Speaking of Speaking: The Hype Behind Hyperpolyglots 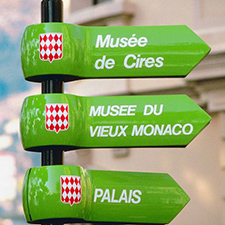 I speak one language fluently, and that’s English. I can neither speak nor understand Hebrew, although I can read it. I recognize the occasional Latin vocabulary word, can hold a disjointed conversation in Spanish and know how to communicate the basics in American Sign Language, falling back on finger spelling if necessary. However, I often think how great it would be if I could master all of these languages. It’s only a fleeting thought, however, because I recognize that this is an unattainable goal for me. Interestingly, it is not unattainable for everyone.

Scattered around the world are people who have a passion and predisposition to acquire upwards of 30 different languages. These people are known as hyperpolyglots. Michael Erard, author of Babel No More, defines a hyperpolyglot as anyone who has fluency in eleven or more languages. Knowing five or six languages makes one simply a polyglot. Globally, there are many communities in which the inhabitants speak between five and six different languages or dialects. Those who grow up in such multilingual communities often develop some ability to communicate in each of the languages. This acquisition requires no special wiring of the brain, nor a special aptitude for independent learning, which is one reason that Erard sets the bar at eleven languages for hyperpolyglots.

When determining which traits characterize these expert language learners, Erard says that it’s difficult because, as paraphrased in a BBC News Magazine article, it “has to be about speaking and knowing rather than reading and writing,” and that it’s also important to keep in mind “how much a language weighs.” By that, he means that it’s more difficult for a person to know five very different languages than, say, five similar languages such as Romance languages. There are documented instances from the nineteenth century of people who knew up to 100 different languages. Today, the highest we see is 30. Has our ability to attain fluency in many languages gotten worse over the centuries? Erard thinks not; he merely believes that our idea of what constitutes fluency has gotten stricter.

So what do hyperpolyglots have in common besides facility with languages? Hyperpolyglots tend to be left–handed, suffer from autoimmune and learning disorders, and possess artistic or musical abilities. To explain why this might be the case, John Leland, a New York Times writer, speculates, “One theory is that a spike in testosterone levels in the womb can increase a brain’s asymmetry,” which would lead to the manifestation of these traits.

As always, researchers are interested in how much of a hyperpolyglot’s ability is innate and how much is learned. Erard says that, although a hyperpolyglot’s sense of curiosity and autodidactic nature play a large role, “It’s not will and motivation that determines your success. That’s part of it, but it’s also about what your brain is capable of doing and set up to do.”

But success in learning multiple languages doesn’t always translate into other kinds of success. Often, employers look for an applicant who can speak two or three languages, but rarely do they need someone to speak 15 or 25. It’s also a time–consuming hobby that can take energy away from other endeavors. Perhaps the hardest challenge that some hyperpolyglots face is social exclusion. Timothy Doner, 16, can speak nearly 15 languages; however, “People have asked him if he is autistic, or if he is training to be an assassin.” Those who don’t have such abilities can find the hyperpolyglot’s skill off–putting, confusing or intimidating.

Still, wouldn’t it be fun to travel to Singapore and speak fluent Tamil, or go down to your local Ethiopian restaurant and order in Amharic, or listen in on a conversation between two Frenchmen on the train and understand what they’re saying? I, for one, would be content just to master Spanish someday.

There are now apps beyond Rosetta Stone that help language learners become fluent in a foreign language. The two most popular, Babbel and Busuu, use different methods to help users reach fluency.

Babbel’s simple, straightforward display asks you to match vocabulary in creative ways; it listens to your pronunciation and gives audio reading comprehension tasks. It also allows you to keep track of your progress by viewing your online profile. Busuu features similar tasks, but it also includes a writing component. The writing portions are sent out to fellow users to collectively correct. You are responsible for correcting fellow users’ writing portions as well. The first lesson in your target language is free.

However, Rosetta Stone is not a thing of the past. It, too, has developed apps to accompany its language–learning package. Although more expensive than Babbel, Rosetta Stone’s latest version also includes live sessions with a teacher.

Mobile apps for both Babbel and Busuu are available for Android and iOS platforms. Two of the five Rosetta Stone apps have been developed for multiple platforms; the other three are for iOS only.