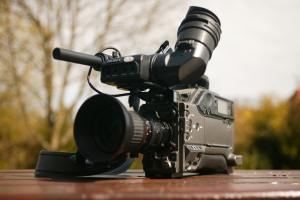 The documentary aspect of a true multimedia project on the life of J. D. Salinger (A documentary was planned for release in theaters as well as in a companion book, with the film and book being released almost simultaneously in September of 2013.) is scheduled to air on PBS in January 2014. This final step in the project will include a long lineup of journalists, actors, writers and biographers who paint a portrait of the man some have called reclusive. The filmmaker Shane Salerno, however, argues that “reclusive” is not the word. “Private,” perhaps, but Salinger, he insists, was not a recluse. The project aims to understand Salinger’s work by understanding his life—his service in World War II, his (failed) relationships, his years up North at a house in Cornish, New Hampshire, and other key aspects of his life. Whether the project does this, or merely represents the same kind of celebrity hype that Salinger walked away from, is a question.

Salinger chose to stop publishing after the enormous success brought to him by the publication of The Catcher in the Rye. He left the world of publishing in New York City and moved to Cornish, New Hampshire, where he would continue to work and write—writing what some say are his actual masterpieces—and lock them in what has become known as “the Vault.” Fans who had experienced Holden Caulfield’s voice and demanded to have more, as well as photojournalists looking for a lucrative snapshot, followed him to the extent of camping at the end of his driveway or waiting days for a photograph of him checking his mail. Protective of his privacy till the end, Salinger blocked illegal attempts to publish his work, including his letters.

Salerno, known for his work on screenplays such as Armageddon and Savages, says he has been interested in Salinger, whom he regarded as a sort of “literary Big Foot,” since his childhood. His original idea was to make a full-length film starring Daniel Day-Lewis as Salinger, but he later opted for the multifaceted project, preferring a documentary format. The many interviews included in the documentary range from acquaintances to even famous fans, including actors like Philip Seymour Hoffman. Salerno selected the interviewees based on their knowledge and admiration of the author, rather than their star power—a distinction Salinger surely would have appreciated on some level. The theatrical version was released by the Weinstein Company in September of 2013.

The project draws attention to Salinger’s service during World War II, where he served for over 300 days of combat, as well as after, when he was a member of the Counterintelligence Corps. During this time he was also working on The Catcher in the Rye. One piece of new information from the documentary is that he was briefly married to a German woman whom he brought home to the United States. Other things brought to light include letters written to ex-girlfriends and new perspectives on the effects of the war on Salinger’s writing.

Since his death in 2011, previously unpublished work held in libraries for research purposes has reportedly been leaked on the internet. These works include a companion piece to The Catcher in the Rye as well as two other stories. Additionally, Salerno and David Shields (co-author of the project’s Salinger, published just before the documentary’s theatrical release) have claimed that more yet-unpublished work is intended to be released within a timeframe of five years beginning in 2015.

Did You Know?
Shane Salerno, the director of the documentary and co-author of the biography, spent a decade researching and recording interviews about the man often called a recluse, intrigued by his story. Salerno spent two million dollars of his own money that he had earned over the years working as a screenwriter. According to several writers whom Salerno worked with in his project, Salinger left specific instructions on publishing the works he wrote while in hiding—noting a detailed timetable. These “new” works would be the first of Salinger’s published fiction since his story “Hapworth 16, 1924” appeared in The New Yorker.

About the Author: Nick Perricone

Nick Perricone was a 2013 Fall intern.