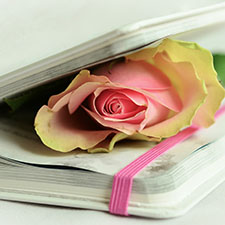 Even though I am a Writing, Literature & Publishing major at Emerson College, there’ve been many hours that I’ve spent poring fruitlessly over a poetic text that I feel I just don’t quite get. But for every poem I wring my hands over in anguish, there’s one that stands out to me as a reward to read. In recent months, I’ve read everything from Symbolist poetry to Japanese poetry to Martian poetry, and have had plenty of interesting experiences as a result.

As such, it was a real treat for me to become acquainted with the poetic interests of my coworkers at PSG. Even though the degree to which each staff member enjoys poetry varies, the list of favorite poets in the office is a long one. Shannon, for instance, used to hate poetry before she read T. S. Eliot’s “The Love Song of J. Alfred Prufrock”—now, she includes both Eliot and Sharon Olds as favorite poets. Kate doesn’t read poetry often, but enjoys Edgar Allan Poe, Robert Frost and Robert Herrick. Tess similarly reserves most of her love of poetry for greats, such as Edna St. Vincent Millay, Sylvia Plath and John Keats. Annette, also a fan of classic poets, enjoys the poems of Lord Byron as well as those of modernist E. E. Cummings.

Eileen and Alyssa both love poetry with a passion. Eileen treasures confessional poetry so much that she has tattoos of lines from Sylvia Plath’s “Elm” and Anne Sexton’s “Love Letter Written in a Burning Building.” Alyssa, who also studied poetry in college, likes the verses of Shakespeare and the Romantic poets the best, but is also fond of modern and postmodern poets like Pablo Neruda and Allen Ginsberg.

Still others at PSG are more unorthodox about their appreciation of poetry. Colleen believes that the song lyrics of certain musicians such as Brandi Carlile, the Indigo Girls and Van Morrison ought to be regarded as poetry (a sentiment that I strongly agree with). Tanya and Don stick by childhood favorites like Dr. Seuss and Shel Silverstein.

If you’ve ever had difficulty with poetry, there’s a valuable lesson to be learned from all this. It seems that there’s definitely something for everyone in poetry. Next time you’re at a bookstore, don’t forget to check out a poetry collection or two!

If you’ve ever been told not to end your sentences with prepositions, you might be surprised to know that this may have been because of a poet. John Dryden is believed to have taken issue with a particular phrasing (“the bodies that those souls were frighted from”) of fellow poet Ben Jonson’s in 1672. His criticism was subsequently supported by grammarians on the basis of the fact that Latin doesn’t strand its prepositions, even though English not only allows, but sometimes even requires, sentences to end with them. So it’s not worth arguing about!

About the Author: Christian Gibbons

Christian Gibbons was a 2016 Summer intern.