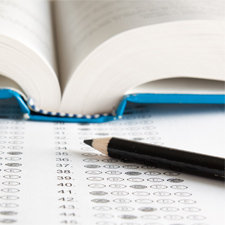 When the PISA (Programme for International Student Assessment) results came out in 2012, they received more attention than usual because of the recent changes in educational policy. Measured against 64 other countries, 33 of which are other member nations of the Organisation for Economic Co-operation and Development (OECD), American teenagers came in seventeenth in reading, twenty-first in science and twenty-sixth in math. The rankings were not unlike past results, but they spurred discussion surrounding why American fifteen-year-olds don’t do better on the international reading, math and science assessments.

American children do well on equivalent elementary school assessments, but once they hit high school, we see a decline in performance. Perhaps this fact catches people who are aware of the Flynn effect off guard. The Flynn effect refers to the increase in standardized test scores around the world. All over the globe, IQ results are higher with each passing year. There is no definitive reason why this should be the case, but there are many well-researched hypotheses that try to answer the question. Still, the Flynn effect applies to populations around the globe, so there’s no reason it can be used to undermine the concern that American children are not performing as well on the PISA as children in other OECD countries.

Many scholars are trying to figure out why the results are not better. Some cite the dissonance between what children learn in school and what the PISA tests actually measure. American schooling emphasizes memorization of formulas, but the assessment battery asks children to solve problems without an equation handy. Others suggest that it’s public schools’ focus on creativity that has left fifteen-year-olds ill equipped to tackle the math and science portions. Michael J. Petrilli, executive vice president of the Thomas B. Fordham Institute, says, “The question is, can we walk and chew gum at the same time?” before going on to explain, “There’s no reason why we can’t keep the creativity that we value while also teaching kids how to do math better.”

What’s interesting about the scores is that they give insight into the how socioeconomic status plays into results around the globe. Dana Goldstein, writer for Slate, notes, “PISA shows that with about 15 percent of the US achievement gap attributable to poverty, we are smack in the global middle in terms of the effect of socioeconomics on educational achievement.” A 15 percent gap makes the United States comparable to the United Kingdom, Singapore and Brazil, among others. Wealth, however, does not seem to have as big of an effect on American children as it does in other countries. On average—for those that take part in PISA—13 percent of a country’s students score in the top two categories in math. In the U.S.—even with all the resources available to children in the highest socioeconomic tier—only 9 percent of students score in the top two categories.

Whether these PISA scores should garner as much attention as they have received is up in the air. Richard Rothstein, a research associate at the Economic Policy Institute, is reported as saying that Americans should “stop hyperventilating” about the results. Others, including Goldstein, are interested in what we can learn from them in order to explore what we can do better.

Jeff Bezos, the founder of Amazon, may rely on the Myers-Briggs Type Indicator (MBTI), a popular personality test, in his hiring process. According to a former Amazon employee, “Lots of managers had to take the Myers-Briggs personality tests” and “Eighty percent of them came in two or three similar categories.” What does Bezos look for in an “Amazonian?” According to that same employee: Highly meticulous, quiet engineers who “have no idea what to say to a woman in a bar.”

Although Amazon started out as a book distributer (whereas today it distributes anything from DVDs to shower curtains to MP3 downloads), Bezos has never been much of a booklover himself. Unlike his wife MacKenzie, a novelist, the CEO’s interest in book distribution “was totally based on the property of books as a product,” says the former insider.

But whatever the personality necessary to create a company like Amazon, Bezos—now worth over 32 billion dollars—clearly did something right.