Outside the Office: PSG’s Own Musicians

Outside the Office: PSG’s Own Musicians 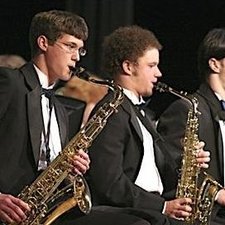 PSG boasts a surprising number of musicians in the office. Almost every staff member has had experience playing music at some point, and the staff’s talents range from beginner’s experience in elementary school with a recorder to playing the clarinet in a high school competition in Hawaii.

Currently, Ken sings with his church choir, but in the past, he sang with several college groups and was also a member of the Columbus Symphony Chorus in Ohio. He also enjoys playing the harmonica.

Eileen began playing the violin in third grade but did not continue after graduating high school. Her high school orchestra competed annually in the Large Group Festival, where they were judged on sight-reading and performance. When she was a senior, the orchestra traveled to Disney World and performed the Pirates of the Caribbean theme song in Downtown Disney (now Disney Springs).

Another string instrumentalist, Alyssa played the viola from fourth to eighth grade. But because she struggled to read sheet music, she did not continue in high school.

I began exploring my musical talents with the recorder in third grade. I hated it and cried every time I had to go in front of my class to “prove” I knew what I was doing. Like Eileen, I also participated in school competitions and even played the Pirates of the Caribbean theme song. I played the clarinet from fourth grade to just after my freshman year of high school. I thought I was pretty good at it—and maybe I was at the time—but I couldn‘t play any of the high notes and I was always the one who squeaked.

Chelsea was also a clarinet player, having played in middle school, high school (competitive marching band) and college bands. During her senior year of high school, her school band was able to fly to Hawaii and compete in the same stadium as the Hawaii Bowl and perform at the SS Constitution.

Nora played the piano for many years, and when she was a sophomore in high school she was able to get the role of Kelsey in “High School Musical” because she could play the songs on the piano, as the character did.

Tess used to play the violin from third grade until her senior year of high school. She hated every minute of it, so she jokes now that it didn’t seem like she had been playing for as long as she did.

Although my days of playing an instrument are long over and I know for a fact I can’t sing, that doesn’t stop me from busting out my air guitar and singing along to my favorite songs on the radio. The staff at Publishing Solutions Group is actually quite musically gifted. Perhaps a concert is in our future?

A recent study from Northwestern University explored how full musical engagement allows students to better develop “neurophysiological distinction,” or the ability to process and distinguish sounds they hear. The more this is developed, the better students tend to improve in literacy.

About the Author: Kate Domenichella

Kate Domenichella was a 2016 Spring intern.