Outside the Office: PSG’s Own Athletes

Outside the Office: PSG’s Own Athletes 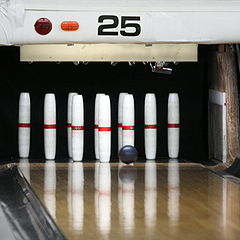 It should come as no surprise that a career in publishing is not particularly physically demanding. Looking around the PSG office, I feel I can safely say that many publishing jobs involve a lot of sitting and staring at a computer. And this is true of many others; compared to our parents and grandparents, we are spending increasing amounts of time in environments that limit our physical activity and require prolonged sitting—at work, at home, and in our cars and communities. In 2003, nearly 6 in 10 working adults used a computer on the job—and that was over a decade ago.

Current public health recommendations propose engaging in at least 150 minutes per week of moderate-to-vigorous activity. So if we aren’t getting enough exercise on the job, how are the people of PSG staying active?

There are a huge variety of sports and physical activities among the PSG team. Currently, Alyssa does yoga, swims for recreation and attends ballet barre classes at the gym. She was also a competitive swimmer for 10 years and danced for 11 years. Ken has golfed for 25 years and played both tennis and badminton in college. Reena has danced for 18 years, and is even a part of the Tap Ensemble at Tufts. She’s performed at Lincoln Center, Carnegie Hall and The Kennedy Center. Troy fishes and gardens competitively, and loves to do home repairs and home improvement projects. Eileen has a super athletic past comprised of all kinds of soccer: recreational, travel and school. Her favorite memory is scoring a goal in the semifinals of a big regional tournament, leading her team to victory. My own past was full of softball and basketball, but now I tend to stick to jogging around cranberry bogs (largely motivated by the “Zombies, Run!” app to scare me into running faster).

Don is by far the most competitive in the office. Whether it is playing a beanbag toss game with friends or learning candlepin bowling on a summer outing with the staff, you can be sure he’ll make a valiant effort for victory.

Our fearless leader, Lori, has one of the most active lifestyles in the office, which includes gymnastics, synchronized swimming, yoga, cycling and even competitive ballroom dancing. A few years ago she made a big change and tried CrossFit. She is now both an athlete and an active CrossFit Coach.

As we spend more and more time behind our desks, it is important to remember to get out and move however we can. Whether we’re golfing with friends, growing the most tomatoes in the neighborhood or running from zombies, it’s good to know the PSG team is staying active and having fun.

As a Connecticut native, Don was unfamiliar with candlepin bowling, a type of bowling played primarily in Massachusetts (where it was invented in 1880) as well as Maine, New Hampshire, Vermont and parts of Canada.

Candlepin bowling balls are smaller than tenpin bowling balls and the pins are thinner. You have three bowls per frame rather than two. For some reason the PSG staff can’t fathom, this pastime hasn’t spread nationwide.