Never-Before-Seen Exhibit Opens at the MFA

Never-Before-Seen Exhibit Opens at the MFA 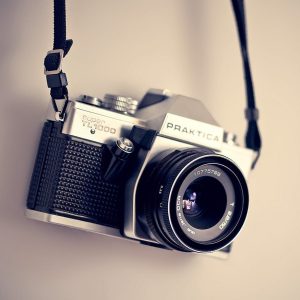 For locals of the Boston area, the Museum of Fine Arts (MFA) is a cultural hot spot. A recent exhibit has had myself and other Bostonians unable to keep our excitement contained: The Gordon Parks Foundation worked with curator Karen Hass to present a collection of photos from Gordon Parks, the famous African American Vogue and Life photographer. The exhibit brings forth 42 photos from a photo-essay originally intended for publication in Life magazine.

The photos tell a story of segregation in 1950, a time before the civil rights movement had gained much ground and before Brown v. Board of Education. Faces of that era stare through each photo, representing parents, children, spouses and, most importantly, Parks’s own childhood friends. His goal was to start in Fort Scott, Kansas, where he grew up until leaving after the death of his mother. Intending to capture photographs of his former classmates, Parks soon found himself tracking down his old friends far outside Fort Scott.

The task of his photo-essay led Parks all over, to cities like Kansas City, Columbus, Detroit and Chicago. He found his peers, and, through the lens of his camera, he captured their lives and those he encountered along the way. Exhibited are such images as a father reading with his daughter, a couple standing in front of their house and an elderly woman sitting on her porch. These are the faces of a period Parks wants us to reflect on, people whose story Parks wanted to tell. And the MFA’s exhibit is finally providing that opportunity.

When he left Fort Scott, Parks developed an interest in photography after witnessing the power of an image through Norman Alley’s newsreel of the bombing of the USS Panay in China in 1937. At only the age of 25, he became a self-taught photographer and soon discovered the camera could be used as a weapon against social wrongs. He wanted to make a difference in the world.

Parks expressed this idea in an interview with Richard Doud. When asked about it, Parks claimed, “I’d become sort of involved in things that were happening to people. No matter what color they be, whether they be Indians, or Negroes, the poor white person or anyone who was I thought more or less getting a bad shake. I, you know, thought I had the instinct toward championing the cause.”

Gordon Parks surely captured society in his photos, and they can be seen in this exhibit. These photos provide museum-goers with the previously unshown art of a talented man who cared about bringing stories of the downtrodden to the surface. Parks continued to work throughout his career to capture issues of social injustice in hopes that viewers could be enlightened. He completed over 300 assignments for Life in 20 years, tackling issues of segregation, racism and poverty. Thanks to the Gordon Parks Foundation and Karen Haas, the MFA’s exhibit was able to bring an unpublished photo-essay to light.

The Kodak #1 camera was one of the first major amateur cameras; it was created by George Eastman. In 1888, the camera was put on the market with the famous slogan “You press the button, we do the rest.”