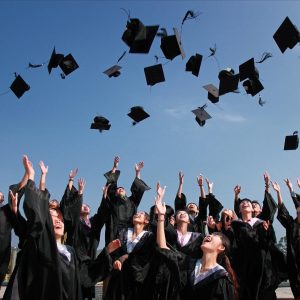 It’s no secret that college graduates are entering a competitive workforce. Seniors spend their last semester polishing resumes, scouring the internet for job listings and preparing for interviews. However, many employers are beginning to notice a substantial gap between the knowledge with which graduates leave college and the skills that are required for entry-level positions. A new slew of programs offering nanodegrees, a kind of specialized certification, has been created in an attempt to bridge this gap.

Udacity, one provider of these nanodegrees, have “programs, typically four- to six-month certification courses, [that] are aimed at bridging the gap between what college graduates know and what companies actually need.” Participants do not leave the program with a traditional degree but with a certificate and an arsenal of job skills specific to a particular field.

The concept was popularized by Udacity, which offers nanodegree programs in the field of technology. To stay up-to-date in the ever-changing technology field, Udacity teams up with tech employers like Google, AT&T and Cloudera to ensure the programs are teaching the skills these employers need. The programs consist of hands-on projects to help students build portfolios and add skills to their resumes. They are also flexible and short, allowing students to balance classes, jobs and other obligations.

A similar group of programs that are referred to as boot camps has also emerged. These are short and intensive but do not result in a certificate. However, boot camps teach valuable career skills and are designed to culminate in a job. They originated with software coding boot camps but have since branched into the fields of data science and healthcare informatics.

Although this concept is clearly on the rise in technology, it is not entirely new to the publishing world. Columbia University”s Journalism School has hosted a six-week intensive publishing course for college graduates every summer for over 60 years. Students learn hands-on skills in all areas of publishing and network with professionals to prepare for entry-level positions in the field.

As these programs become increasingly popular, some are questioning where they fit in the overall scheme of higher education, especially considering their lower cost and flexible scheduling. Some have even suggested that such programs could replace the four-year college degree altogether as the cost of student debt continually rises. Matthew LeBar, a contributor to Forbes, suggests that “for many, [nanodegrees] could provide a way to avoid a prohibitively expensive college degree” while still gaining access to viable career options. On the other hand, he acknowledges that nanodegrees cannot completely replace four-year liberal arts degrees, which provide students with skills applicable to a countless variety of jobs.

For now, it seems safe to say that nanodegree programs and traditional four-year college programs will continue to peacefully coexist. Wherever nanodegrees find their place in education, they are becoming invaluable fixtures as they prepare employees to find good jobs.

Distance learning programs have roots in the Chautauqua movement, an adult education program popular in the late 19th century. Originally consisting of only summer lectures on religion, the program soon expanded to a year-round correspondence program on many subjects. This allowed students in remote areas to learn from home.